Jason Chaffetz is a Hypocrite 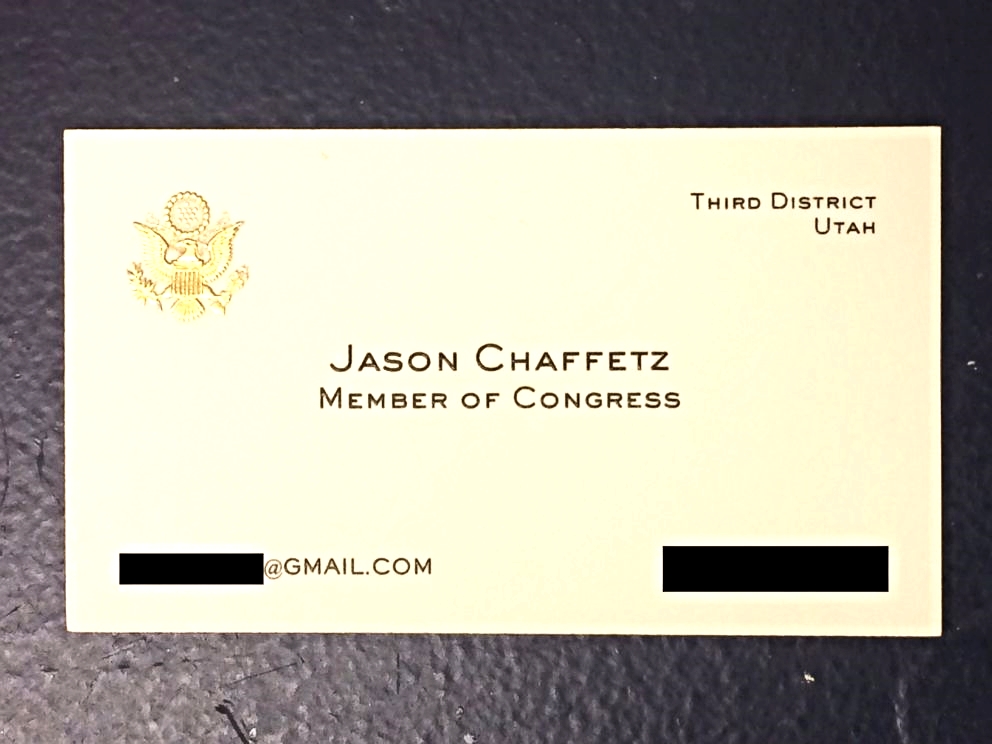 The mere fact that the official business card for Representative Jason Chaffetz features his Gmail account and not his official government E-mail account should have ended everything today but, of course, it didn't because Chaffetz is special and you're not:

Chaffetz told ABC News that his business card was not paid for with government funds and that Congress is not subject to the Federal Records Act. He said that he uses both a Gmail account and a government email account.

Exactly right. Congress is not subject to the Federal Records Act because it's a stupid, arcane law that does not take into account modern technology, and that's the way they want it to be. They want to selectively apply one standard to Hillary Clinton and no one else. And, really, no one wants to talk about this again, do they?

"We are gratified that the House Committee on Oversight and Government Reform responded to CREW’s March 15th request for an investigation of the White House's use of outside Republican National Committee (RNC) email accounts for possible violations of the Presidential Records Act (PRA). CREW had sent a letter to Chairman Waxman explaining that White House officials’ use of RNC emails likely violated the PRA. We are not surprised to learn that the use of RNC email accounts was far more widespread than the White House has previously admitted.

We hope the Committee will continue its inquiry not only into the violations of the PRA, but also will investigate the even more serious issue of the over five million emails missing from the White House's own internal email system.”

Hypocrites? Of course they are.