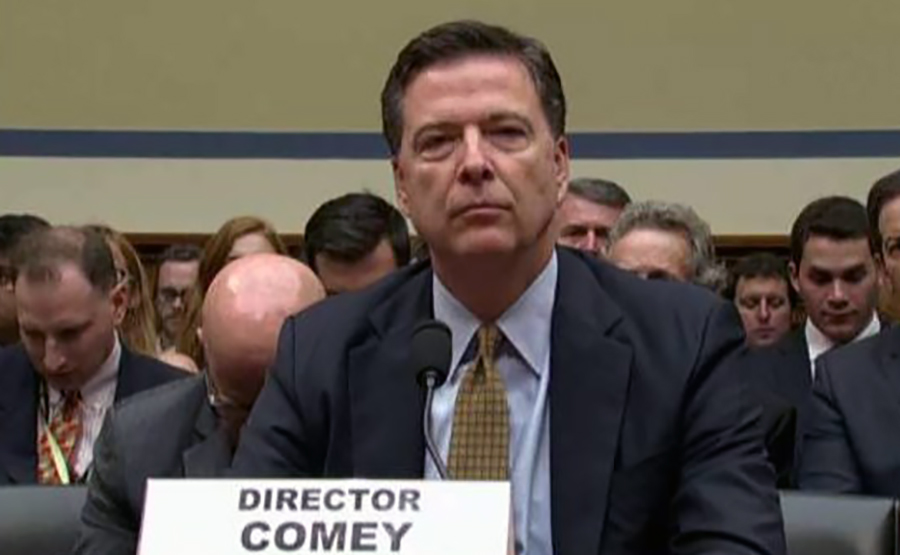 Really, this should have ended this entire discussion:

Comey declines to say whether he believes Clinton broke the law

After saying he does not have any evidence Hillary Clinton lied to the FBI, and adding that he has no basis to judge her past statements to the public or Congress, James Comey said he has not found evidence to conclude she broke the law.

Saying he risked "an overly lawerly answer," Coomey said his job is to determine whether there is sufficient evidence that someone broke the law.

“My judgment here is there is not," Comey said.

Anything beyond this point is navel gazing and grandstanding and making a mountain out of a molehill. Representative Elijah Cummings is my Representative in Congress, and he has already smashed the Republicans into screaming, tiny pieces today. He delivered a coup de grace to the idea that there are serious Republicans who want to talk about serious problems. This is another embarrassment for the GOP and for the Congress and the country as a whole. These people cannot stop playing politics with trivial affairs and their stature is greatly diminished every time they pull one of these stunts. There isn't anything they won't politicize and they should be howled at in public by decent people until they hang their heads in shame.

Now would be a good time to start to seriously address what we need to do as a party to take back the Congress this fall.