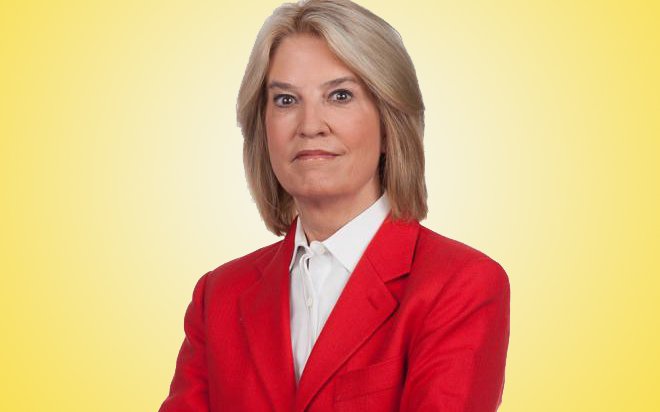 Really, this is an awful post on an even worse site:

If embattled Fox News Chairman Roger Ailes’s on-air stars, especially women, have until now been publicly silent in his hour of need, Greta Van Susteren is a notable exception—eager to go on the record with a ringing defense of her beleaguered boss.

“I hate injustice,” the host of Fox News’s top-rated 7 p.m. program, On the Record with Greta Van Susteren, told me Thursday night, as the 76-year-old Ailes was grappling with the PR fallout from fired Fox anchor Gretchen Carlson’s sensational lawsuit accusing him of sexually harassing her.

“Go through my ‘Gretawire,’” she added, referring to her blog. “I defend CNN! I defend all sorts of people when I think it’s wrong.”

Fiercely impassioned, as though delivering an argument to the jury, the non-practicing criminal defense attorney and former law professor continued: “Historically, I don’t like it when I think somebody is being falsely accused or wronged. I’m an old criminal defense attorney. This one’s wrong, based on my experience. The facts I know are that this is not the Roger Ailes I’ve ever heard about or seen.”

Van Susteren added: “People talk. You hear a lot, and I never heard this. Frankly, I’ve got to tell you. You know me. I’m pretty bold. If I heard that, I’d probably say something to Roger. I haven’t anything to lose. If I didn’t do this I’d go teach at law school. I’m not a wilting flower.” Neither, presumably, is Fox News personality Jeanine Pirro, a fellow lawyer who also started prosecuting the pro-Ailes case on Thursday.

There is no truth to the rumor that she yelled "where's my slap and tickle, fat boy?".

She is not a "wilting flower" but she is one of the few women on the planet who did not already know that Roger Ailes likes the sexy talk and using his enormous jowls to ask women to show them their panties as a condition of employment. No one with any sanity left if going to go through the Gretawire and that's all I have to say about that.

And I know what you're thinking--everyone has a joke about how Van Susteren has largely been left alone by a serial sexual harasser and those jokes, while stale and old and predictable, are highly necessary for functioning in today's society.