God was an Afterthought in Trump's Speech 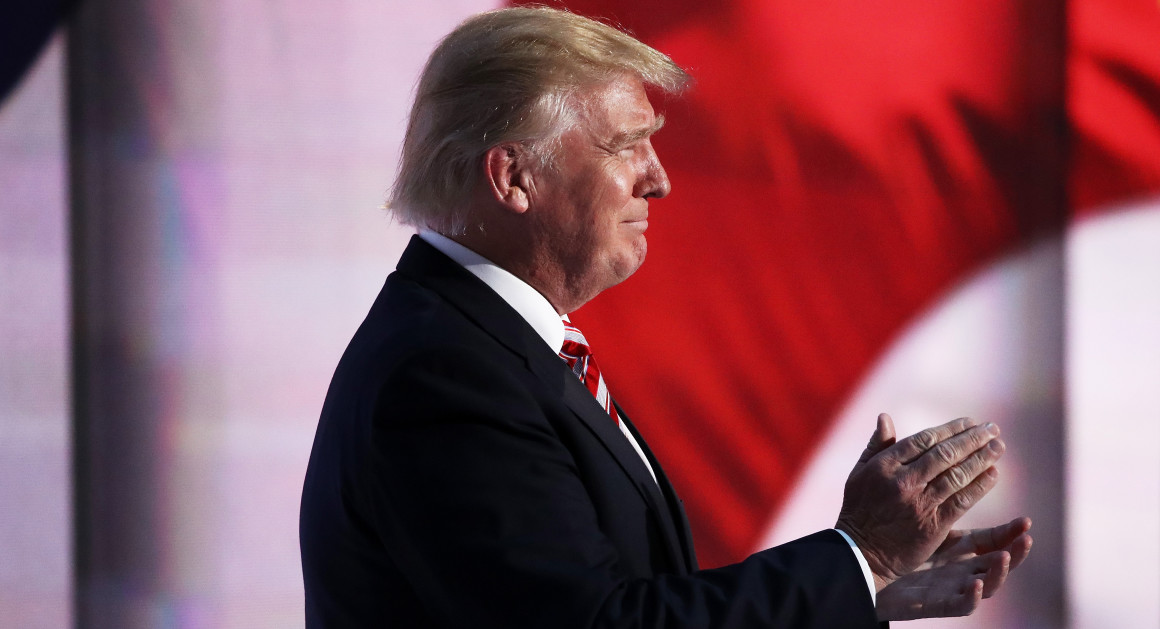 Please, please correct me if I'm wrong, but it does not appear that Donald Trump needs to talk about God in front of Republicans. He, apparently, did not mention God in his acceptance speech last night at the GOP convention. The word "God" does not appear in his official transcript of prepared remarks. Perhaps he mentioned His name in passing since he deviated from those remarks.

For atheists, this is wonderful news! For people like Yani Applebaum, who follow the historic context, this is pretty remarkable.

[...] when Trump said, “I am your voice,” the delegates on the convention floor roared their approval. When he said, “I alone can fix it,” they shouted their approbation. The crowd peppered his speech with chants of “USA!” and “Lock her up!” and “Build the wall!” and “Trump!” It booed on cue, and cheered when prompted. It seemed, in fact, to chafe—eager to turn a made-for-TV speech into an interactive rally, and frustrated by Trump’s determination to stay on script. Not every delegate cheered; some sat stiffly in their seats. But there was no question that the great bulk of the delegates on the floor were united behind Trump—and ready to trust him.

The most striking aspect of his speech wasn’t his delivery, even though his tone often strayed over the line, from emphatic to strident. It wasn’t the specific policies he outlined, long fixtures of his stump speech. It was the extraordinary spectacle of a man standing on a podium, elevated above the surrounding crowd, telling the millions of Americans who were watching that he, alone, could solve their problems.

And the crowd cheered.

This massive gathering of evangelical Christians just applauded a man who didn't think he had to appeal for God's wisdom or guidance when asking to be elected President of the United States of America. I can't think of any other candidate who failed to mention "God" in his speech. Not only was the GOP convention a massive shit show, it was a first for anyone who has dared to run for president. Trump managed to sell the God botherers on his candidacy without having to mention His name. This is probably because his speech was entirely a tongue bath to the idea of Trump and the wonder of Trump and the cult of Trump.

UPDATE: I have heard from some that he ad-libbed a "God Bless America" after delivering his remarks.  This means God was an afterthought, and not part of his official transcript of remarks. How can the Republican nominee write a speech accepting the GOP's nomination and forget to thank God for the chance to lead or ask God for guidance? Trump is a vastly different kind of candidate--he is his own deity.