Everything Could Be Better Than It Is 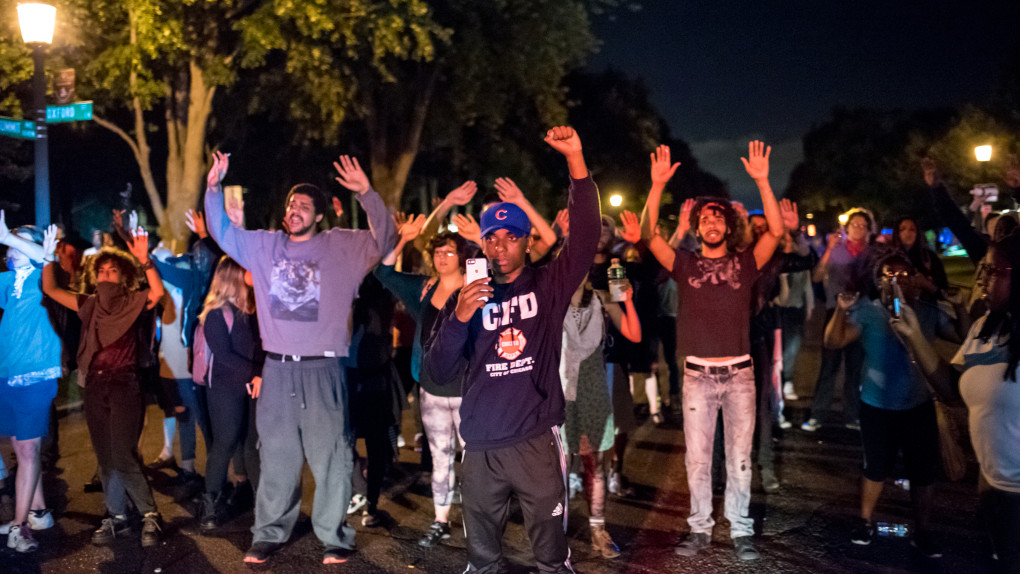 Jamelle Bouie writes about how America is not coming apart:

There’s no context in which this string of violence wouldn’t have had a heavy impact on our politics. But in this particular year, it feels ominous. Just last month, we mourned the dozens killed in the hateful rampage through a gay nightclub in Orlando, Florida. We’ve seen an upswing in prejudiced and exclusionary rhetoric, and we have a presidential candidate in Donald Trump who condones and encourages it, all for the sake of his accidental campaign for president. Accordingly, the barriers we’ve built to keep racism and violence out of politics are faltering, and the international picture—where once-entrenched arrangements crash against the rocks of anger and bigotry—only adds to our anxiety. Groups and individuals see opportunity in this, and they begin to stoke flames of racial hatred for their own gain. It feels, in a visceral way, as if we’re coming apart.

But we’re not. This isn’t 1968, when wars, assassinations, and riots brought our society to its knees in a way that’s still hard to fathom. This isn’t 1992, when another case of police brutality sparked one of the worst conflagrations ever to strike an American city.

For as little political movement as we’ve seen on questions of police violence and racial bias, there are signs that the broad public—the white public—is waking up to the problem. Conservative writers like Matt Lewis in the Daily Caller or Leon Wolf in RedState are conceding the pervasiveness of police brutality. Prominent Republicans such as Paul Ryan did the same, praising President Obama’s remarks and hailing peaceful protests. Even Newt Gingrich—who once called Obama a “food stamp president”—agreed. “It’s more dangerous to be black in America,” he said. “You’re substantially more likely to be in a situation where police don’t respect you.”

Just because we have a few sane conservatives who have decided to say or write sane things doesn't really mean anything. Rich "Sparklepants" Lowry said something to the effect of 'only Donald Trump can restore law and order in America' and he was likely mocked everywhere just for being stupid again. I would not use people who spent decades benefitting from racial strife as my bellwether on anything right now.

I do think that the influence of the media has been wrongly applied, again and again, in these cases. It is not enough to play the videos that have caused so much angst and outrage on that same endless loop that numbs people to the situation. The proper historical context is often missing. What does it really mean to say that it is only because of the advent of the cellphone camera that we are able to believe people who have been getting roughed up or killed by the police? It means we don't view what's been happening in the right context--never accept the first official statement and don't reject the victim just because they look like a "thug." Analysts and anchors play the same circle jerk commentary over and over again, trying to be insightful but careful not to actually give an opinion. They could be doing something far more important. They could start to tell us why black lives matter is the natural result of a history that few Americans understand unless they have been caught up in the brutality of police on citizen violence.

And, no, you can't just automatically say that most cops are good. That doesn't excuse the ones that are bad, and there are far too many of them to wave away with generalizations. Putting one innocent person to death completely undermines the death penalty. Same with killing someone for having a busted tail light. We have to do better or things will not improve.

Mark Dayton could have gone down in history as a joke and an afterthought. He, at one time, was perennially running for higher office and losing. His political career is strung with defeat and near-ruinous election results. His time as a U.S. Senator was not distinguished at all. But he really redeemed himself when he correctly pointed out that if Philando Castile has been white, he would still be alive today.

“Would this have happened if … the driver and passenger would have been white? I don’t think it would.”

That's exactly the kind of context that has been missing until provided by the governor. And, oh yeah, he's being condemned for his remarks, you can be well assured of that (being a flaming jackass seems to be a requirement for running a police union nowadays). What I find to be encouraging is that, in light of what has happened, you're getting the absolute correct context from a sitting governor and you're then able to identify the assholes who represent backwards thinking and an inconsiderate mindset. This could be a lot better than it is right now. A more informed public would improve things, but so would more jobs, more opportunity, and a reduction in the amount of basic assholery found in the land.

America is NOT coming apart because we are getting better at rejecting the ideas put forward by those who don't care about others. I see more and more of the bullshit (Donald Trump, proprietor) being labeled as such. I am hoping that, sometime soon, someone will cut the microphone on these people and add much needed context to what is happening in America. You wanna be a gatekeeper? Then be one. The sanity of this country depends on it.