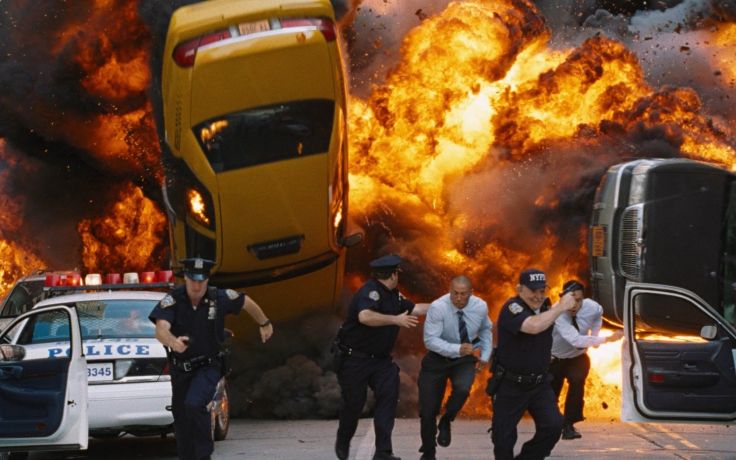 Someone actually wrote this:

Democrats in disarray on eve of convention to nominate Clinton

The head of the Democratic Party resigned on Sunday amid a furor over embarrassing leaked emails, hoping to head off a growing rebellion by Bernie Sanders supporters on the eve of the convention to nominate Hillary Clinton for the White House.

Lingering bitterness from the heated primary campaign between Clinton and Sanders erupted after more than 19,000 Democratic National Committee emails, leaked on Friday, confirmed Sanders' frequent charge that the party played favorites in the race.

In a statement, DNC Chairwoman Debbie Wasserman Schultz said the best way for the party to accomplish its goal of putting Clinton in the White House was for her to step aside. Sanders had demanded earlier in the day that Wasserman Schultz resign.

The furor was a blow to a party keen on projecting stability in contrast to the volatility of Republican candidate Donald Trump, who was formally nominated at a raucous convention in Cleveland last week.

Oh no! It's all over! Might as well inaugurate Donald Trump tomorrow! Eek!

Right off the bat, describing last week's Nuremberg Rally in Cleveland as "raucous" ignores the fact that white supremacists had more access to the convention than the Bush family. If you win the endorsement of the KKK, your convention wasn't "raucous." It was blatantly fucking racist.

The classic "dems in disarray" story is bullshit combined with shenanigans. In reality, there is no disarray, only the careful and thoughtful exercise of accountability. Was it wrong of the DNC to use their e-mails to coordinate efforts to beat Bernie Sanders? Not in my book--the DNC is in the business of winning elections. Someone figured out, very early on, that Hillary Clinton has the best chance of winning. So, the DNC went with that. But, in the interest of being fair, whatever that means, Wasserman Schultz quit. The end result of that is, shut the hell up--you got your scalp. Anything more than that is overreaching.

Do you really think that the Republican National Committee isn't sitting on 50,000 internal E-mails where they spent months trying to figure out how to keep Donald Trump from winning the nomination? They just presided over the most hateful, divisive political convention in the modern era. Actual white supremacists were given more access to the party's messaging infrastructure than anyone named Bush. Their candidate said that he, alone could fix everything that is wrong with America without bothering to point out that a fascist strongman used to tell unsuspecting Europeans the same damned thing right before their whole country was bombed into oblivion by people in planes. The nominee of the Republican Party is Donald Trump--and you're telling me that the dems are in disarray?

Please come back when there's a real scandal.