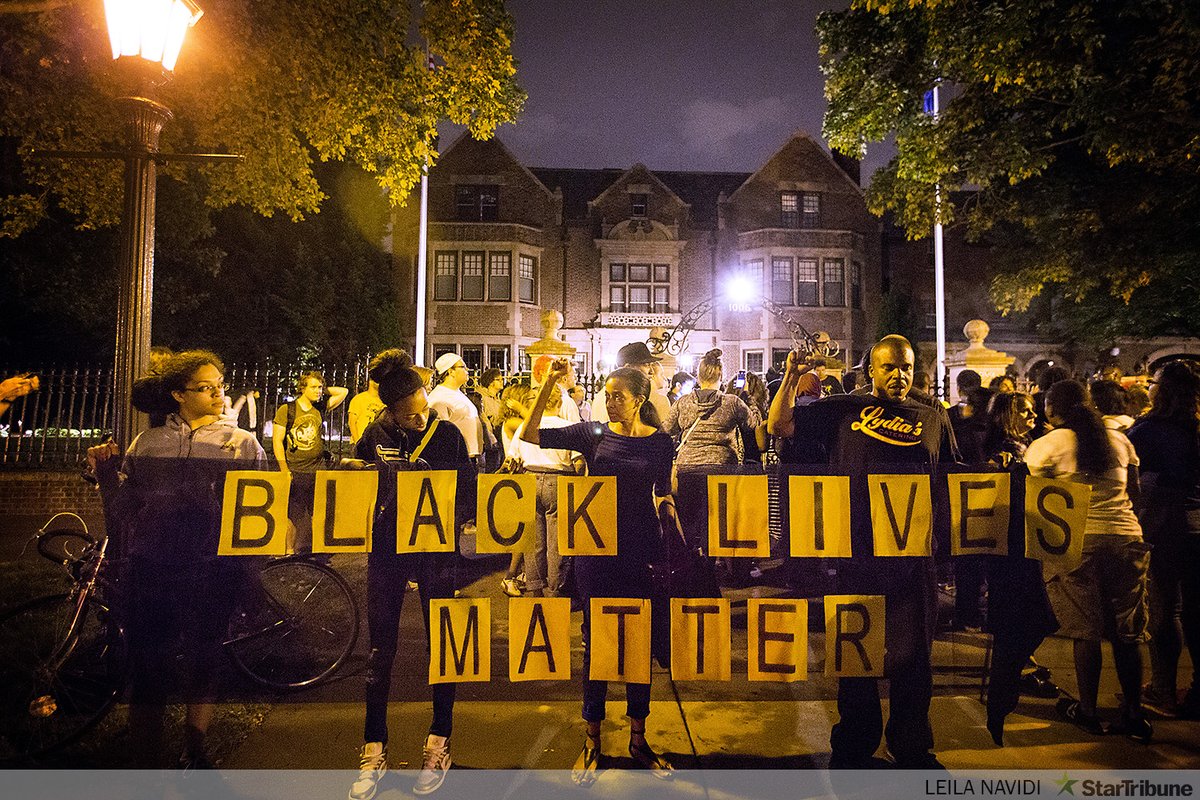 Everything we've been told about gun rights in America is wrong. Citizens do not have "Second Amendment rights." Only white people are allowed to carry guns in public. If you're carrying a gun while black, the police will shoot you dead, and provocation is not required:

Police in Minnesota fatally shot a young black man during a traffic stop late Wednesday. The shooting occurred in Falcon Heights, a suburb of St. Paul, after police reportedly pulled over a vehicle with a broken tail light. According to Lavish Reynolds, a Facebook user who posted a video purporting to show the incident and who was in the vehicle at the time, her boyfriend, Philando Castile, 32, attempted to get his license and registration out of his pocket when a police officer shot him several times. She said he had informed police that he was armed and had a license to carry, and had attempted to cooperate, but police then shot him anyway. In the graphic video, a man can be seen covered in blood and slumped over as Reynolds shouts, “Please don’t tell me my boyfriend is dead.” Castile later died at a hospital. Local police have claimed to have no knowledge of the video, but acknowledged that there had been a shooting and that state police would lead the investigation.

A second video showing the shooting death of Alton Sterling, a black man shot several times while being held on the ground by police outside a Louisiana convenience store, was posted online Wednesday as federal authorities took charge of the investigation and local officials asked residents to keep their protests peaceful.

The video, obtained by CNN, shows another angle and was recorded closer to the shooting by one of two white Baton Rouge police officers who were answering a 911 report of a man with a gun. It is the second of two bystander videos that show the encounter. One posted online Tuesday night quickly sparked local protests and drew national attention.

The State of Minnesota is unraveling, and I'm wondering if activists all over the country aren't paying attention to this:

When the Bureau of Criminal Apprehension finished at the scene of the shooting, police hosed down the street, and protesters traveled down to the governor's mansion in St. Paul. There, hundreds of people amassed with banners, candles, and megaphones, to block off the stretch of Summit Avenue before Mark Dayton's house.

Protesters sang, danced, and blared car horns to chants of "Wake them up!" when Dayton failed to appear at the gates to address them. Masked men wove caution tape through the wrought iron gate surrounding the mansion. Volunteers barred the main driveway and the back alley exit behind the house to prevent the governor from slipping away.

Police were hands off. One officer approached protesters to assure them that the Facebook video was indeed "very disturbing," and that officers would stand watch just to protect their freedom of expression.

The demonstration lasted throughout the rainy night. By dawn, most protesters had dispersed from the Governor's Residence, though a number held their ground. Dayton did not appear.

Are we on the verge of another crazy summer? It sure sounds like it. We have effectively criminalized the very idea that a black person can carry a gun in public. It doesn't matter if the state is open carry like Louisiana or if that person tells police "I have a gun." The prevailing mindset is to shoot the black person first and then try to get out of being indicted later on. If justice does not prevail in these two cases, everything is coming apart.