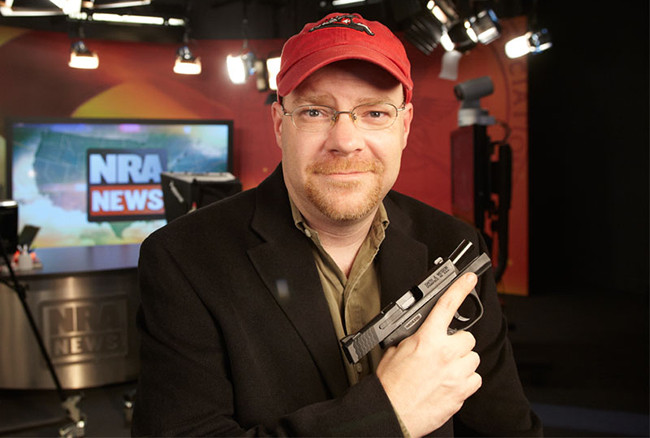 Meet the guy who called Congressman John Lewis a terrorist:

During the June 22 broadcast of the NRA’s radio show Cam & Company, as the sit-in proceeded, host Cam Edwards claimed, “So in order to push legislation that the sponsors say would not have prevented the attacks in Orlando, Florida, they’re also going to flout the House rules. Kind of like, you know, criminals and terrorists flout the rules that we have in place right now and will continue to do so?”

Mr. Edwards is clearly not making life easier for the Republicans in Congress who have stuffed NRA money into their pants. They're now busy runnin' and hidin' and obfuscatin' and all those other things that members of Congress do when someone is not helping. His poor choice of words smacks of desperation. Why didn't he just call gun control advocates child molesters, puppy kickers, and cat jugglers?

Where's Donald Trump? Why isn't he helping? Trump and his beautiful family could go to the Congress, get a visitor pass, and just go run things on behalf of Paul Ryan and his cronies. He could play with the gavel, look for the light switches, and tell the Capitol Police to throw all of those Dimmycrats in the hoosegow.

Yeah, that's pretty much the only thing that would get the television cameras turned back on--if Trump showed up and made a hootenanny out of it.

Seriously, though. Congressman Lewis is a terrorist now? I'm not aware of any terrorist organizations that want to keep people from getting shot by terrorists. 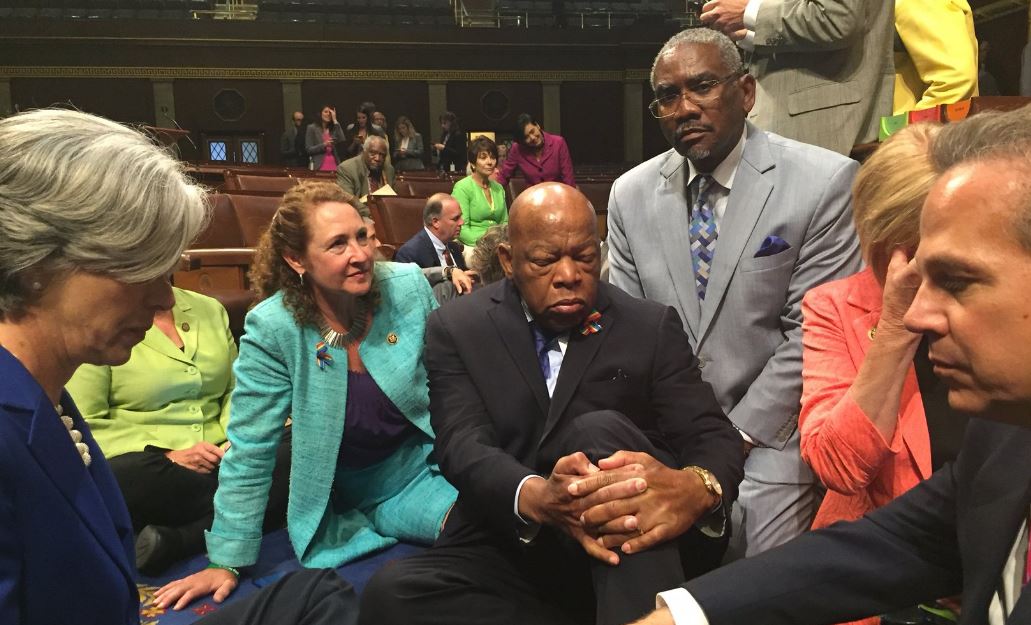 Is this what a terrorist does? I mean, I'm no expert, but it looks like peaceful civil disobedience to me. I think the giveaway here is the fact that he's the one sitting down so that he can register his disapproval of a policy he does not support. You can plainly see that he's not the one trying to buy assault rifles, dude. He's the one trying to persuade a do-nothing Congress run by Republicans to stop arming terrorists.

Is Amy Schumer a terrorist now, too? Pretty much everyone trying to get guns out of the hands of crazy people, actual terrorists, wife beaters, felons and ammosexuals who can't shoot straight because they're tripped up on goofballs is a terrorist? Really? Did you stop and think about how that is just not helping? Perhaps you should have.