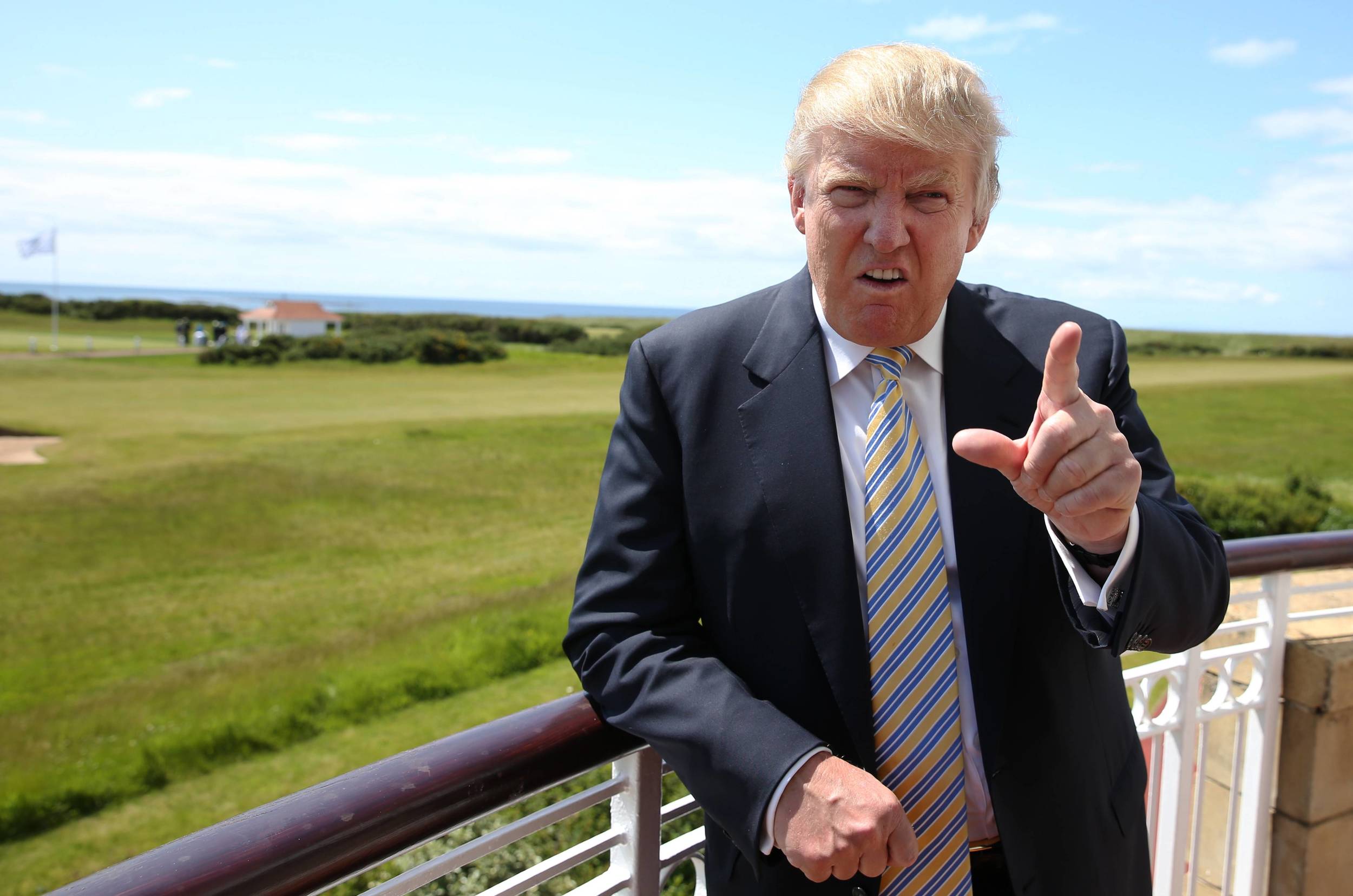 Everything you're about to read is unhinged and dangerous:

Donald Trump on Thursday called for his likely Democratic rival Hillary Clinton to be imprisoned.

"I will say this, Hillary Clinton has got to go to jail," Trump told supporters here as he slammed Clinton's foreign policy speech earlier in the day in which Clinton called Trump dangerous and "temperamentally unfit" to be president.

"Folks, honestly, she's guilty as hell," Trump said of the Clinton's use of a private email server during her time as secretary of state.

Trump has previously accused Clinton of breaking federal law, but his comments on Thursday are his most direct call yet for Clinton to face jail time over her use of private email to conduct official State Department affairs.

The FBI is investigating Clinton's use of a private emails to determine whether anyone improperly handled classified information.

At a news conference earlier this week, Trump declined to say whether he believes Clinton's private email use amounted to a felony.

Trump also suggested Thursday that if Clinton is not indicted over her email use, he would direct his attorney general to investigate her.

"Five years' statute of limitations, if I win. Everything is going to be fair but I'm sure the attorney general will take a very good look at it," Trump said.

Yeah, that's exactly what he's going to do--he's going to use the power of the Executive Branch of the Federal Government to run down his enemies and destroy them, and to hell with whether it is ethical, legal, or the careful use of government resources. Each and every enemy will be brought to heel by this man because that's how he thinks things work. He has no idea. None whatsoever. He's so ignorant of the American system of government that it will take months for whoever works for him to get him to stop screaming into telephones and demanding perp walks.

It's the media's duty to report that Hillary Clinton gave a speech where she explained that Donald Trump is unfit to be president. Donald Trump then demonstrated that he is unfit by threatening to use the Department of Justice to punish her if he gets elected. I mean, what the hell, media? Don't you get where you fit into the picture here? He just proved her correct in everything that she said today. How hard is it to do your job?

The people who have endorsed Donald Trump are going to have to have a come to Jesus moment with their very souls. They're going to have to look inside and ask themselves, "what have I done?" Could Paul Ryan's timing be any worse?

That's because there is no precedent for a candidate for President of the United States behaving in this manner. We will cease to be a Republic if the Republican wins this year. We will stop being a functioning democracy with things like checks and balances and we will see abuses of power that have been unheard of in this country. Not since the days when J. Edgar Hoover was running down those who participated in the Civil Rights movement has there been such a blatant disregard for anything that looks like the law.

If you read all of this as entertainment, yeah. I get that people are loving their Donald Trump eruption right now. If you know anything about how this country is supposed to function, well, you're half way towards sending Hillary a few bucks right now.