Trump Will Never Do Anything For the Working Class 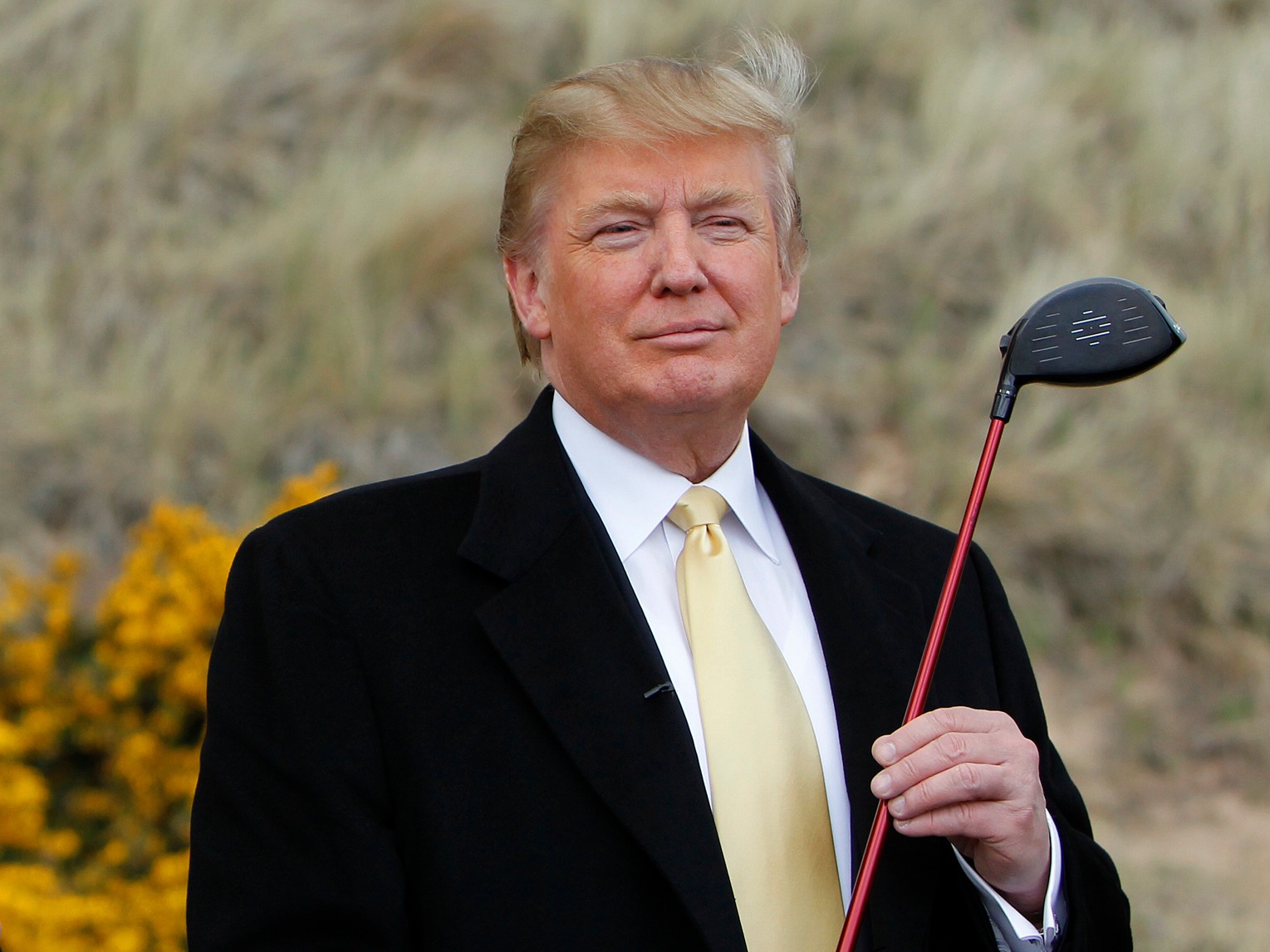 This analysis of Donald Trump's penchant for being a flaming hypocrite is a great example of why he should not be believed when he opens his mouth and words fall out:

Donald Trump just got done giving a speech, staged appropriately in front of a pile of recycled trash, about the evils of trade. This has, of course, been one of his consistent campaign themes—that incompetent (or possibly courrupt) U.S. politicians (especially Bill and Hillary Clinton) have sold out U.S. workers in one bad trade deal after another, and that only he, Donald Trump, is willing to stand up for the interests of American blue-collar workers. (He even had a charming, seemingly ad libbed aside in this speech about how presidents after him might go back to mucking things up.)

Because, like an elephant, the internet never forgets, some writers have been having fun remembering the days when Trump wasn't so sour on the idea of sending jobs overseas. NBC's Alex Seitz-Wald pulled up this 2005 gem from the Trump University blog, titled, “Outsourcing Creates Jobs in the Long Run.”

We hear terrible things about outsourcing jobs—how sending work outside of our companies is contributing to the demise of American businesses. But in this instance I have to take the unpopular stance that it is not always a terrible thing.

I understand that outsourcing means that employees lose jobs. Because work is often outsourced to other countries, it means Americans lose jobs. In other cases, nonunion employees get the work. Losing jobs is never a good thing, but we have to look at the bigger picture.

I know that doesn’t make it any easier for people whose jobs have been outsourced overseas, but if a company’s only means of survival is by farming jobs outside its walls, then sometimes it’s a necessary step. The other option might be to close its doors for good.

Now, to be fair to Trump, he was railing about foreign countries taking advantage of the U.S. in trade since way back in the 1980s. Maybe his affection for outsourcing was just a momentary lapse of judgment. Or maybe he's just more comfortable with IT firms sending jobs overseas than manufacturers. Who knows.

That's a great take down. Trump is trying to exploit working class resentment against anyone that looks like they might be a Democrat. The problem is, he has a long track record of believing everything that is the opposite of the party he just took over. He has selected the voters he wants to appeal to and he's actively engaged in trying to maintain their enthusiasm in a race where there is a massive gap in what is needed to sustain interest and what is necessary to maintain a pulse. It's a great strategy if you're running the right kind of race against the right kind of candidates. It's a terrible choice when you realize that the primaries are over.

That's right--Donald Trump is still running his campaign as if this were the primary season. He has not made any demonstrable "pivot" towards the general election. Forget the fact that he's using a teleprompter--he couldn't come up with a cohesive plan if you spotted him one. Trump is a follower of conventional wisdom. He's not a thinker in any sense of the word. He reacts to what is around him and he regurgitates the opinions of others as if he had an original thought.

I can guarantee you one thing--this is not a man who has ever spent a moment worried about working people. He may feel pity but he's not going to engage himself in finding solutions for their problems. To him, their problems are irrelevant because he can't make money thinking about them. The very people who need his help are voting against their economic self-interest but they don't care. They don't care because Trump is a blank screen on which they can project their beliefs. You could wave the contradictions under his nose, and it would be dismissed as pure media bias. This guy swims in his own bullshit and he thrives because that's all he knows.

And, more importantly, this is exactly what the Republican voter wants--a bullshitter who pretends to be smarter than the liberals.. They don't want to be challenged with ideas. They want Trump to be the asshole that stops everyone from doing things they don't like. All he has to do is appeal to their inner racist and he's won. Except Trump won weeks ago. To see him running as if he doesn't understand presidential politics would be hilarious if it wasn't the sad last gasp of a political party with no future.