Trump is Broke and Begging For Cash 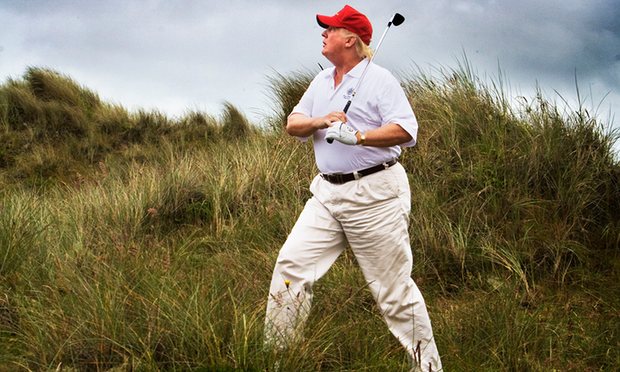 Josh Marshall is trying to figure out why Donald Trump is begging for money:

My real interest is in a different question: where's the money?

I got onto thinking about this when I saw John McQuaid's short piece in Forbes. As McQuaid notes, this is the gaping hole, the burning question at the center of Trump's campaign. Reports suggest that Trump has been unwilling to undergo the ego effacement of calling high dollar Republican donors and asking for money. His campaign has virtually no money in the bank ($2.4m at last count).

Even if Trump can't not be Trump, the damage of being Trump could at least be off-set by pouring money into advertising in key swing states and field work. But at this moment, the Clinton campaign (and pro-Clinton superPACs) is rolling out a barrage of targeted swing state advertising focused on solidifying and embedding the highly negative image Trump has built for himself over the last year and especially the last eight weeks. That advertising is going entirely unanswered by the Trump campaign. Trump's been reduced to making emergency appeals to raise $100,000. And running ads like this which a reporter covering the campaign got in her Instagram feed.

This could be the biggest political story of the decade. How did the Republican Party fall for a scam like this? Donald Trump does not have hundreds of millions of dollars to spend. He doesn't even have $100,000 to spend on anything at all. Trump has 1.3 million in cash on hand--an incredibly small amount for a Republican running for president.

Every aspect of Trump's rationale for electing him president stems from his business acumen. He does not have the liquid assets to loan his campaign a hundred million dollars; he is cash poor and incapable of bridging the gap between now and when, theoretically, the Republican National Committee releases funds to his campaign.

Why would they throw good money after bad? Trump entered into a bad-faith business arrangement with the GOP and now he doesn't have any cash. The Ponzi scheme has collapsed. All that is left are ashes and hurt feelings. Contrast this with 2012 and 2008 and how the Republicans were basically lined up with their two respective nominees and raising money like crazy. Trump might as well go play golf. He has no campaign, no ideas, no resources and no reason to even show up anymore.

Trump 206 is the greatest scam ever perpetrated. He convinced the world he was rich and smart about business. Instead, he was overextended, flat busted broke, and incapable of finding the right people to run things.