Trump Has Done Nothing in Pennsylvania 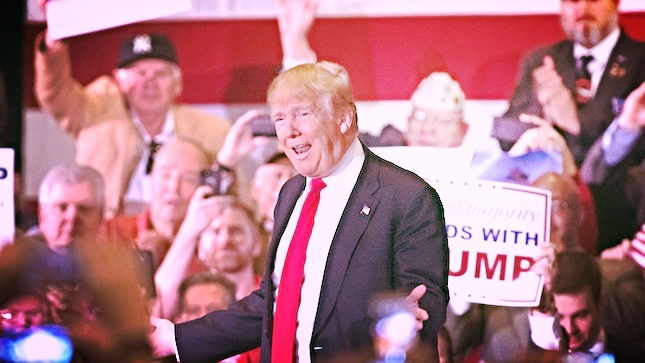 There's almost no way for Donald Trump to win the presidency without winning Pennsylvania. He has to fight for every electoral college vote at this point and he can't afford to write off a huge state like this. However, that's exactly what he's doing. It's almost July, and Trump has no presence in the state:

“I’ve not had much contact directly from the campaign,” said David Show, Republican Party chairman of Fayette County in southwestern Pennsylvania. Fayette gave Trump 70 percent of the vote in the primary. “State party-wise, they’re starting to get more active, but as far as direct contact with the Trump campaign, no. I haven’t heard much.”

“The state committee, the state party has people on the ground,” said Bill Donnelly, the chairman of the Montgomery County GOP in suburban Philadelphia. “The Trump people themselves I haven’t heard from.”

When there is outreach, Korns said, it’s not always from credible or official sources.

“There are a number of individuals, with varying levels of authority, some self-appointed, some not, that sort of float around on that campaign, so it’s definitely been a bit of a learning curve on our end,” Korns said.

Trump’s strategy differs from past nominees in that it cedes organizational control and direction to the Republican National Committee and the state party. And several GOP county leaders stressed that the state Republican Party is in contact with Trump’s operation — Paul Manafort, Trump’s campaign manager, has been in touch with the GOP state chair, as has Jim Murphy, the campaign’s new political director.

The Trump campaign is committing political malpractice. There are no adults in charge--just "self-appointed" grifters trying to get their hooks in some rubes out there in the sticks. Instead of bringing in hundreds of professional political operatives and campaign veterans, the Trump campaign is creating a vacuum where identity thieves and scammers can run wild. Every single Republican in Pennsylvania is now vulnerable because there's no one coordinating efforts between the state campaign and the Trump campaign to actually win races.

So what if the head of the State GOP is talking to Paul Manafort. What does that mean if there aren't already hundreds of people in place, ready to make a run at winning the state?

With Trump, everything is a scam. Always and forever.