This Man Runs on Bullshit 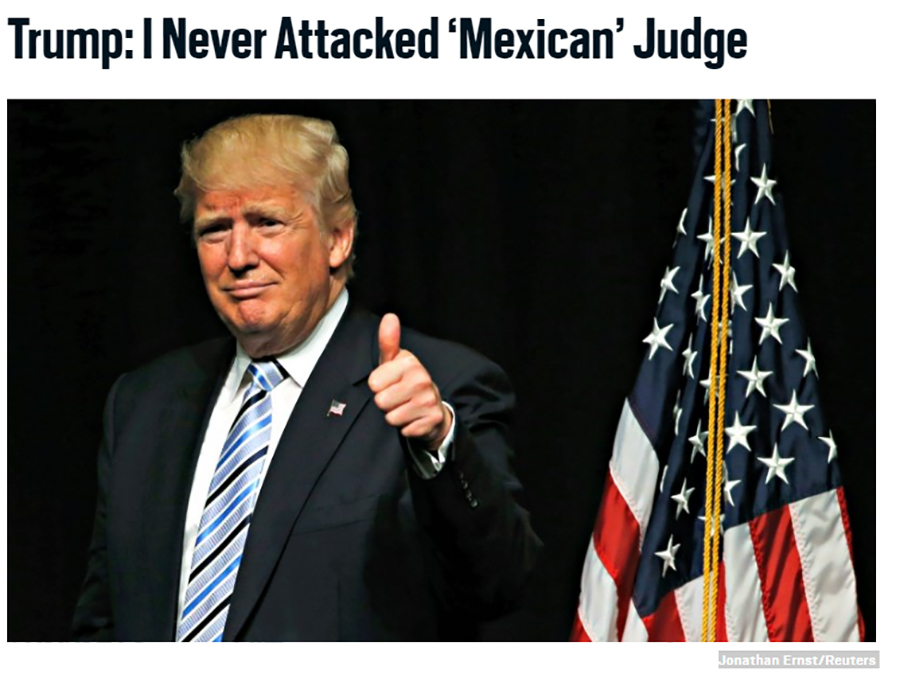 This is the bullshit phase of the presidential campaign:

In a long statement sent to reporters Tuesday afternoon, presumptive Republican presidential nominee Donald Trump said he will no longer comment on the fraud lawsuits against Trump University. In recent days, Trump has attacked the judge presiding over the case, Gonzalo Curiel, over his Mexican heritage—even claiming it is a "conflict of interest." The decision comes just a day after Trump overrode his campaign staff and told surrogates to continue lambasting Curiel and reporters who question whether the attacks are racist.

Trump went after the media even further, portraying journalists as dishonest for "one inaccuracy after another" when reporting on the Trump University lawsuits.

"It is unfortunate that my comments have been misconstrued as a categorical attack against people of Mexican heritage," Trump said. "I am friends with and employ thousands of people of Mexican and Hispanic descent."

The billionaire businessman added that he was concerned over his ability to have a fair trial "given my unique circumstances as nominee of the Republican Party and the core issues of my campaign that focus on illegal immigration, jobs and unfair trade."

It's a little more than just lying, and it's a lot more than cognitive dissonance. Donald Trump has always believed that he can say something one day and then deny he said it the next day, raise a thumb for the camera, insult someone's appearance, and rock on, baby. This is pretty much how he operates, and, as long as millions of jackasses and fools keep going to his rallies and beating people up for fun, there's nothing anybody can do about it.

The fall debates are going to be spectacular. Hillary will have to watch in shock as this man violates every single rule of American politics and gets away with it.

Someone probably should have done something about this, but, alas, they stood by when America reached a critical juncture and decided to endorse Trump and hope that he did not say anything mean about their ugly kids.