They Will Never Vote For Hillary 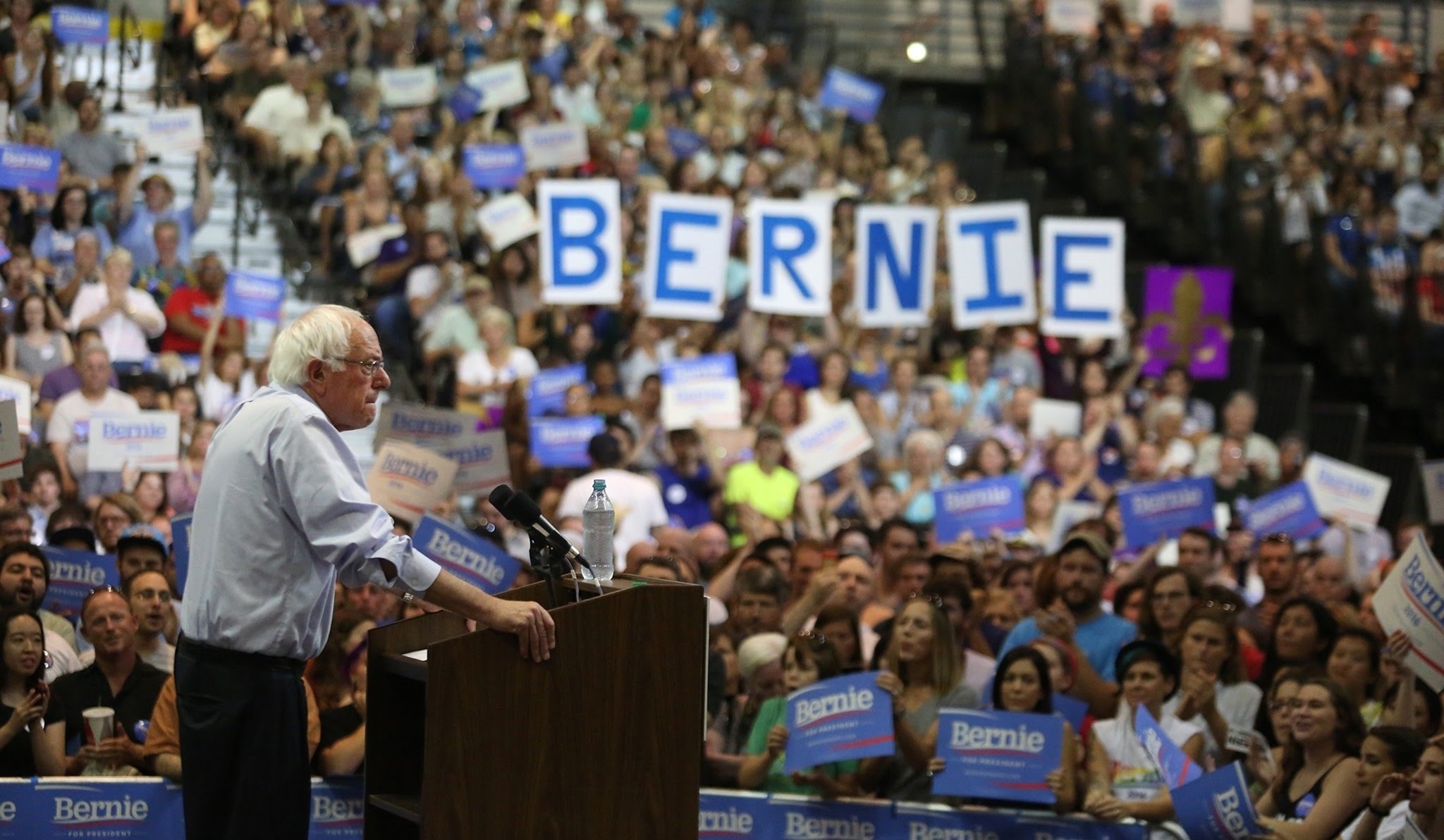 To me, it is a waste of time to reach out to the supporters of Bernie Sanders. If the reasonable ones aren't already in the fold, kissing their asses won't bring them back. The ones that will actually vote are never going to pull the lever for Hillary Clinton:

"She [Clinton] just puts a friendly face on fascism," Merrick continued. "I was excited, eight years ago, to vote for an African-American for president. But it essentially put someone that pushed the same agenda, kept the same Defense Department, the same CIA, the same Wall Street policies, with a black face. It didn't do us any good. So now we're going to get a female face on the same policies. Not going to do us any good."

He concluded, "I would probably vote for Trump, to burst the bubble, to finally pop the zit."

Sigma Scott, who was at the rally with Merrick, said, "If she takes it [the nomination] by petty theft, or grand theft, I would rally and vote that she's impeached."

That mood seemed to be present at Sanders events all throughout California in the lead-up to the primary in these waning days of the campaign. It wasn't just that Bernie Sanders was the truth and the light to these super supporters — it's that in their eyes,Hillary Clinton was the lie and the darkness.

I would argue that these voters were never going to rally to the Democratic Party's side of the argument anyway. They're going to vote for Jill Stein, the libertarian in the race, or Trump, depending on which way the wind blows when they actually show up at the polls (and there's no guarantee of that).

It would be smarter for Hillary to acknowledge the popularity of liberal ideas and make sure she does not alienate independents. Yeah, it looks like a blowout now, but, in some states, the margin of error is really thin. There's a chance to take Virginia and North Carolina away from the Republicans, which is what helped President Obama get re-elected. I would still be ready to fight for every Electoral College vote and I would do so by recognizing the fact that the Sanders voters are not coming over to the Democratic Party and there are a lot of independents and moderates that can be stripped away from the Republican side.

The thing that Sanders got right was the hunger for an actual liberal candidate to run for president. Hillary needs to be a liberal, and not the one her husband had to be in order to deal with Republicans. She has to acknowledge that President Obama has created the template that will allow her to deal with them. If they want to shut down the government, let them. If they want to obstruct the process, go around them. And if there's a chance to flip a few seats in the House, do it. Turn that bag of fucks upside down and show everyone it's empty on day one and go for it. If the Sanders voters can't accept that, too bad for them.

It's not enough to elect Hillary. We have to give her a Congress that is reasonable, and throwing as many Republicans out of of office should be the goal. Do you want liberal justices on the Supreme Court and in the Federal courts? It will come down to who controls the Senate. And if you want to spend the next four years watching hearing after hearing in the House every time some Republican gets his hands on an Oval Office memorandum, by all means, let control of the House stay the way it is.

We already know that many of the people who voted for Sanders want the system to burn down. They don't want to build a coalition and they don't believe in the legislative process. Why are their concerns under any consideration at all? They have money or a support network. They don't care if millions of Americans go without basic healthcare. That's not their problem.

And, no, I'm not "dredging" something up. This is from National Public Radio, and it details the ongoing damage being done to the Democratic Party by Sanders' inability to concede the race and endorse Hillary. What do you want everyone to do? Ignore these stories so that no one disturbs your worldview?