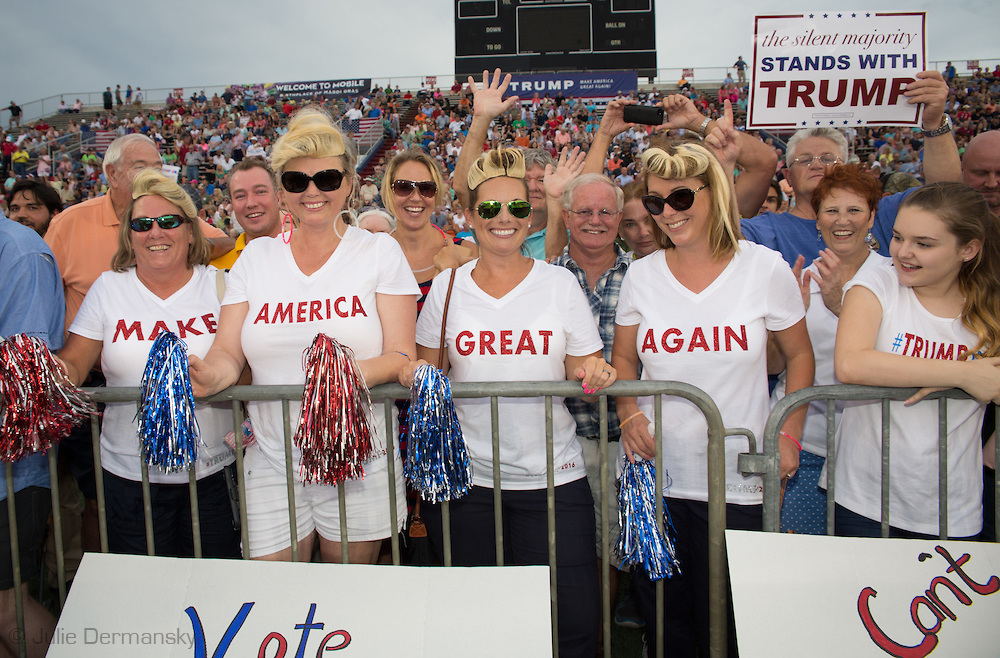 High information people know that Donald Trump cannot win the presidency. He's locked out of the Electoral College because he cannot win enough big states (in point of fact, he probably won't win a single one of them besides Texas). The support that he gets from the South is regional and limited--he may end up losing Virginia, Florida and North Carolina and, if the polls can be believed, Georgia.

This is why they want to dump him. They see the reality of a Trump candidacy and they know he will hurt the GOP's chances of keeping control of the Senate. However, low information voters are having none of this:

There's another reason why a GOP coup against Trump is likely to fail: The strength and depth of support of many of his primary voters, who aren't your typical grand poobahs of the party. As NBC's Benjy Sarlin writes in a richly reported analysis of Trump's voters, many of them are Americans "alarmed by economic trends, unsure of their place in a more diverse nation and convinced that the major parties no longer have their interests in mind." More: "According to our county analysis, one of the most dramatic predictors of [Trump's] success early in the race was how much a county's average pay had grown (or hadn't grown) from 2004 to 2014. Another major predictor was the percentage of whites who participate in the labor force. Still another was whether residents were more or less likely to hold at least a high school degree." And here's Trump telling NBC's Hallie Jackson why his GOP detractors can't stop him: He already beat them at the ballot box. "I worked for one year and we won all of those delegates. And, you know, I guess I'm at almost 1,600, 15-to-1,600… And I competed along with a lot of establishment people. I beat them all. And now a couple of them would like to come in through the back door. It's awfully hard when I win, what did I when, 37 or 38 states? So I win 38 states and somebody else won none, and they're going to be the nominee? I don't think so."

This is where the whole idea of paying Trump $150 million dollars to quit the race comes from--savvy insiders know that Trump is wealthy but he's not a billionaire. He is not worth $10 billion. He has relatively few liquid assets and his wealth is based on a fantasy assessment of what his properties are worth. Paying him to go away would break his link to his followers (it would be Trump betraying them, not the people who raised the money to buy him off) and allow a more refined candidate to run.

They cannot break the link between Trump and the low information voters that made him the nominee. It would be better to write off this election and spend the next four years raising money to defeat Hillary in 2020. The fact that the Republicans don't even want to do that should tell you something. They know she is competent and will do exactly what her husband did and start making the case to give her a second term the minute she lands in office.