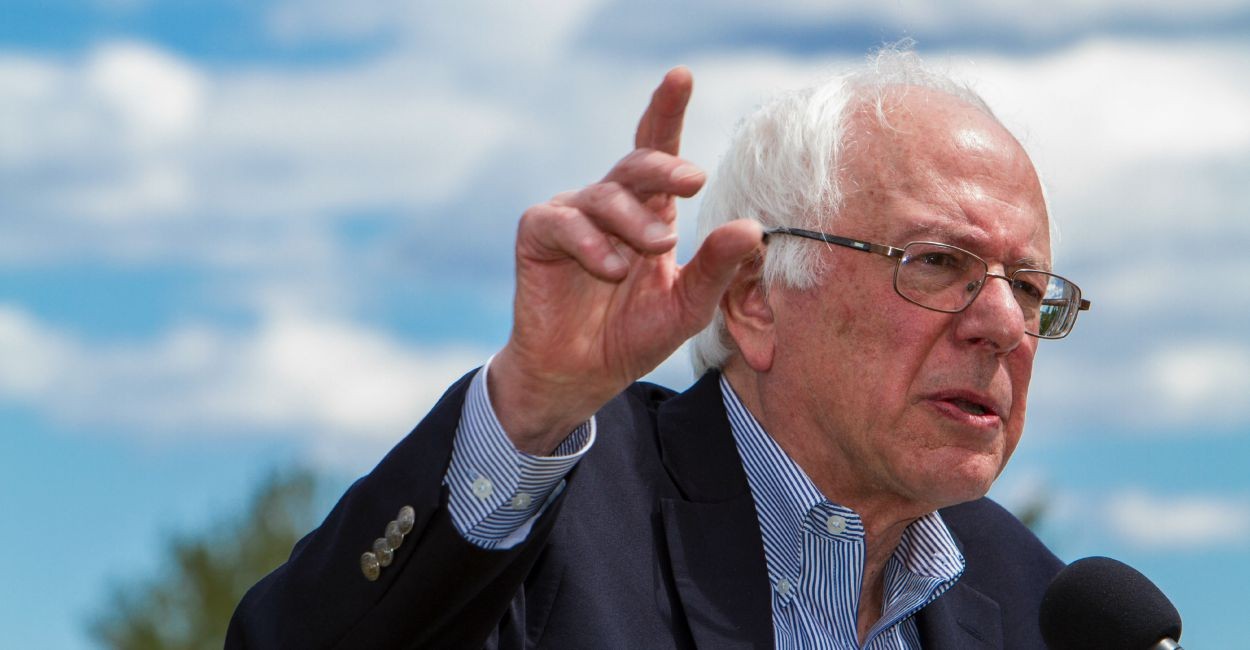 Honestly, I thought we were inching towards a moment where Bernie Sanders would concede the race, make a grandiose statement about what he had achieved, and go the fuck home to Vermont. I was plainly wrong:

With the last primary done, Bernie Sanders is negotiating an end to his fight with Hillary Clinton and staking a claim on directing the future of the Democratic Party.

After polls closed for the Democratic contest in Washington, D.C., Sanders had a private meeting with Clinton that lasted almost two hours. He left without making any remarks and headed back to Vermont. The two campaigns released similar statements saying they talked about their common goals and about the “dangerous threat that Donald Trump poses to our nation.”

At a news conference hours earlier, Sanders made no move to concede the race and a spokesman said he had no plans to do so before the Democratic convention. Instead he set out terms for an eventual concession and for rallying his most fervent supporters behind the presumptive nominee.

But the Vermont senator’s insistence on remaining a candidate through the July convention no longer seems to threaten party unity as Democrats once fretted it would.

In public and private remarks and in an e-mail to supporters, Sanders indicated he’s staying in to shape the party’s governing agenda and nominating process, not erode Clinton’s standing, and that he’s committed to defeating Trump, the presumptive Republican nominee, in November. Clinton already has fully engaged in the general election campaign against Trump, which has been re-framed by the mass shooting at an Orlando gay club on Sunday by an American man claiming allegiance to Islamic State.

In American politics, when does the loser dictate terms? When has the losing candidate in a race ever told the winner who to pick for Vice President, what platform they can run on, and what will happen when they begin governing the country? Yeah, it's great that Bernie wants to beat Trump. We all want to beat Trump. But the guy fucking lost the race. He went down in defeat. The District of Columbia couldn't even roust him up a single delegate in the last primary of the race.

Of course, this could be Hillary's masterplan in action--pretend to let the man "explain" things to her while she goes off and gets shit done. I like that scenario better than having Bernie tell her who to pick for Secretary of Education. I just don't think that the Clintons particularly enjoy being told what to do by the people they've vanquished in a bruising battle.


You can really feel the energy of all of this disappearing from Facebook. Weeks ago, people were very engaged, trying to get to the finish line. Now, I don't think people can muster any enthusiasm for a race that is clearly over and went against Bernie Sanders. Nobody cares, old man. Continue yelling at your cloud.

Maybe he really is Harold Stassen. Either that, or he has some of the most delusional advisors in the business.