The Evil Machinations of Ken Starr 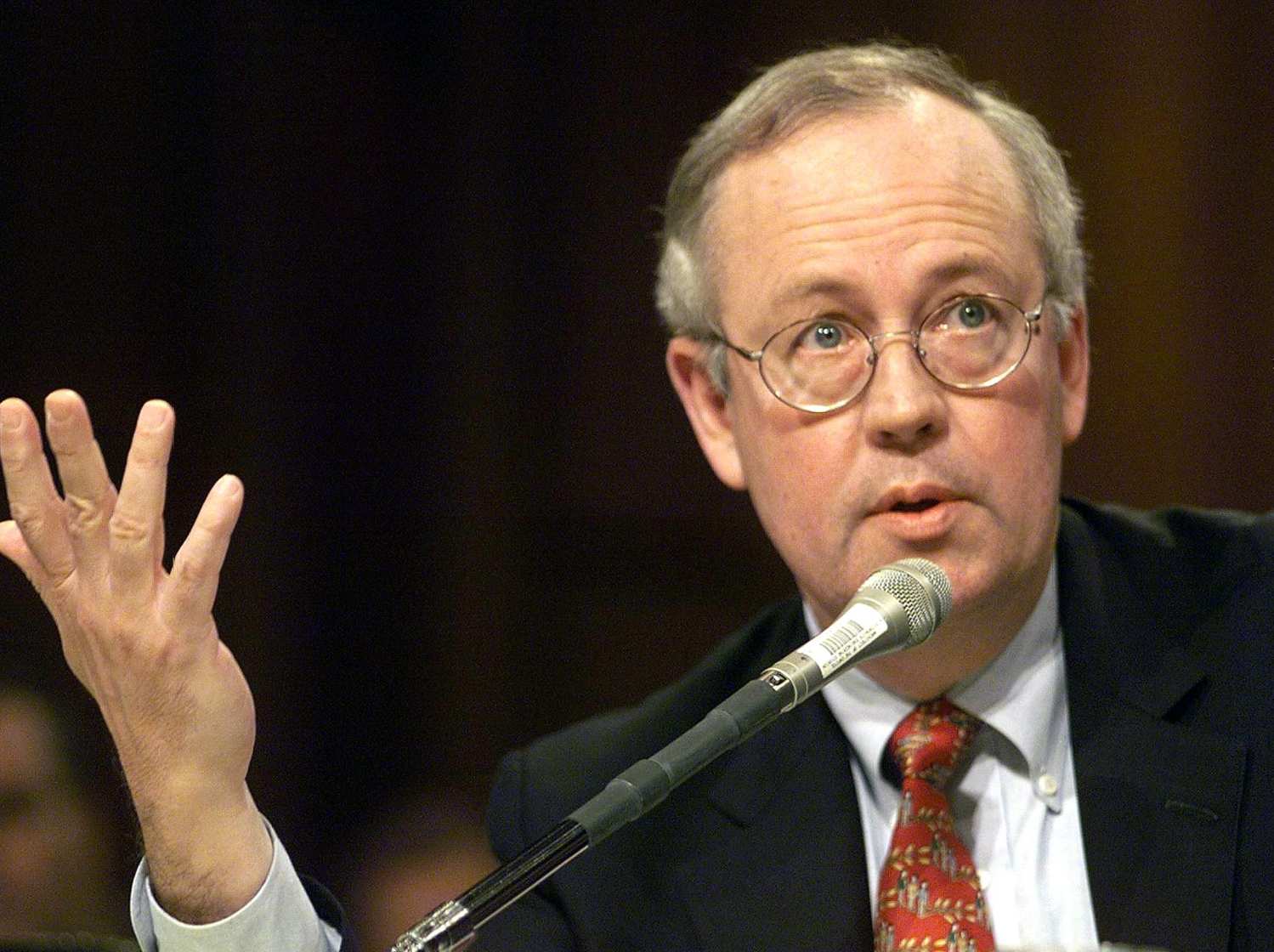 Baylor University chancellor Ken Starr will resign "as a matter of conscience," ESPN reported Wednesday afternoon. Starr was "reassigned" from "president and chancellor" to "chancellor and professor" just last week, amid sexual-assault scandals plaguing the school. An independent investigation into Starr's administration found that, under his leadership, officials rarely investigated rape complaints against athletes, outwardly protected its football program from such allegations, and even retaliated against an accuser.

Most Americans cannot identify Ken Starr and fewer still have any working memory of his role investigating the suicide of Vince Foster and Whitewater. He's some dude who did stuff in the 1990s to them. But Ken Starr is more than just that. He leaves behind a legacy that has manufactured evil on a grand scale, ruining lives and mismanaging Baylor University on a massive scale. Starr not only ignored alleged rapes committed by Baylor football players but he actively targeted a professor for removal:

Former Special Prosecutor Ken Starr would rather be known as "Uncle Ken." That's how he refers to himself around Baylor University students in Waco, Texas, where he has been president since 2010. But for Starr, who very nearly took down Bill Clinton and helped uncover the president’s affair with Monica Lewinsky, history seems to have a way of repeating itself. Once again, he is trying to oust a liberal icon for alleged sexual misconduct with a subordinate. This time around his target is noted leftist Baylor professor Marc Ellis.

This morning, the Starr administration began a three-day dismissal hearing that was the culmination of a year-long investigation into Ellis's alleged misdeeds. The tenured professor and director of Baylor’s Center for Jewish Studies is a leading critic of Israeli policies toward Palestinians, which earned him a spot in conservative author David Horowitz’s bookThe 101 Most Dangerous Academics in America.

Ellis is charged with sexual misconduct, which at Baptist-affiliated Baylor is a far-reaching category indeed. The school’s faculty handbook, which notes that "human sexuality is a gift from the creator God," defines sexual misconduct as “sexual abuse, sexual harassment, sexual assault, incest, adultery, fornication, and homosexual acts."

The details of the charges against Ellis have not been fully disclosed, but the events under investigation date back nearly a decade, to when the complaining witness was Ellis's graduate assistant, a fortysomething Ph.D. student who became a “close friend of Marc’s," as Ellis's lawyer, Roger Sanders, puts it. After completing her Ph.D., the woman came aboard as a Baylor faculty member. According to a letter sent to Starr by the American Association of University Professors, in March 2011 the woman filed an EEOC complaint of sexual harassment against Ellis. The Starr administration offered a settlement in exchange for Ellis's departure; Ellis declined. And so the Starr administration opened a wide-ranging investigation, phoning just about everybody who's ever known Ellis, trawling for what Baylor institutional lawyers called "abuse of authority.”

If anyone hires Starr, they're getting a world-class sex investigator and he'll throw in the anti-Semitism for free. That's the entirety of his legacy on this Earth--he's really, really good at finding things related to sex that he can pin on his enemies, and he has not sense of shame about it. I have a pretty good idea who would want Starr to appear on television and give his opinions on things, and I can guarantee you one thing--despite having no credibility or decency whatsoever, the media will dutifully report this man's every utterance as if it came from God himself. Not a single one of them will bring up this man's history of being an utterly indecent prude and a ratfucker.