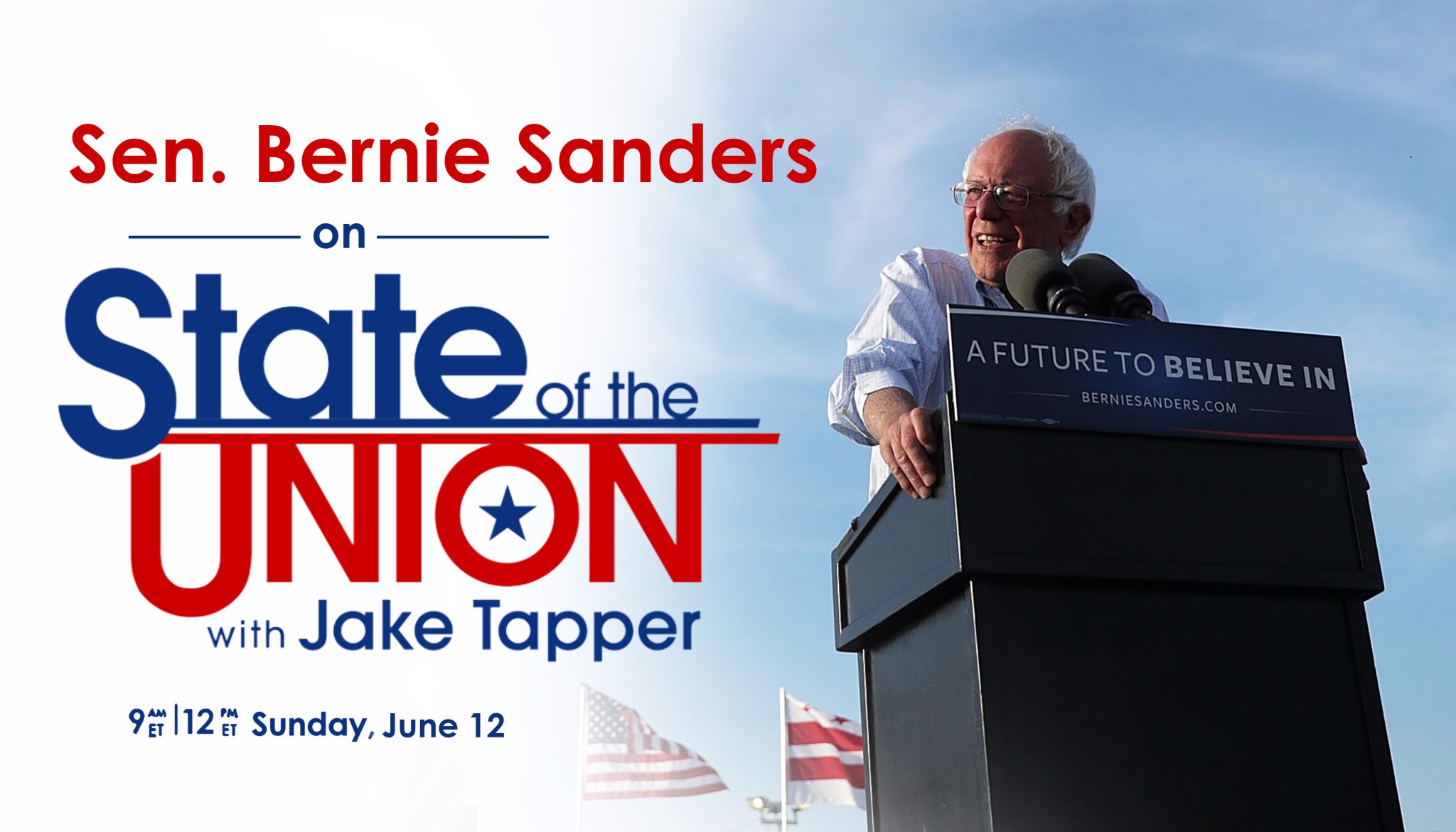 You know, for a guy who has basically been given courtesy call after courtesy call, all of which have encouraged him to face reality and drop out of the race for the presidency, Bernie Sanders sure looks like he's running for higher office.

Why would you book a Sunday show if you weren't still running, and running with the intention of winning? Is this a polite move towards exiting the race with grace and dignity or is it denial? Sanders wants to see the results of the Washington D.C. primary and then make a decision that has largely been made for him.

I know this is not fully representative of a candidate, but I just did a random sampling from his Facebook page. Here are actual quotes:

i feel bad for you guys because crooked hillary is going to win would have been nice to see sanders win.. i dont like hillary lol but if bernie doesn't win i rather see trump win lol hope bernie wins .. instead of trump however.

So, there you have it--his followers are using Donald Trump's campaign rhetoric. They sound like good Democrats over there. Here's a few more.

I won't vote for HRC. But bear in mind that the senator himself confirmed during an interview in Rolling Stone that it is NOT his job to tell people to vote for HRC.

Bernie, I urge you not to endorse Clinton. Continue with this movement regardless of the nomination. Keep making rallies! Let's have civil disobedience again just like the 60s. We need to stand together so we can force our politicians' hands!

There is enough proof of voter fraud to go to court! For all of you Hillary supporters, this means that she is not actually being voted for by many people. This is why democrats for Hillary are trying so embarrassingly hard to get supporters for Sanders and third party members to settle for Hillary...because if they don't cross over they are looking at a difficult win against Trump.!So, once again how is Trump having the upper hand any of Bernie Sanders fault when the entire time those that were already decided that Hillary was the nominee were picking the weakest candidate? If you are caught up in romanticizing the potential election of a female president you have become distracted from what is really going on. No one should be allowed to be bullied out of this race or threatened because "well you need to be realistic". If you want to talk about reality then let's talk about the very real agenda pushing for Hillary for President. I look up to strong women but not strong corrupt women.

Yeah, they seem nice. Sanders is too old to turn into Harold Stassen, but anything could happen.