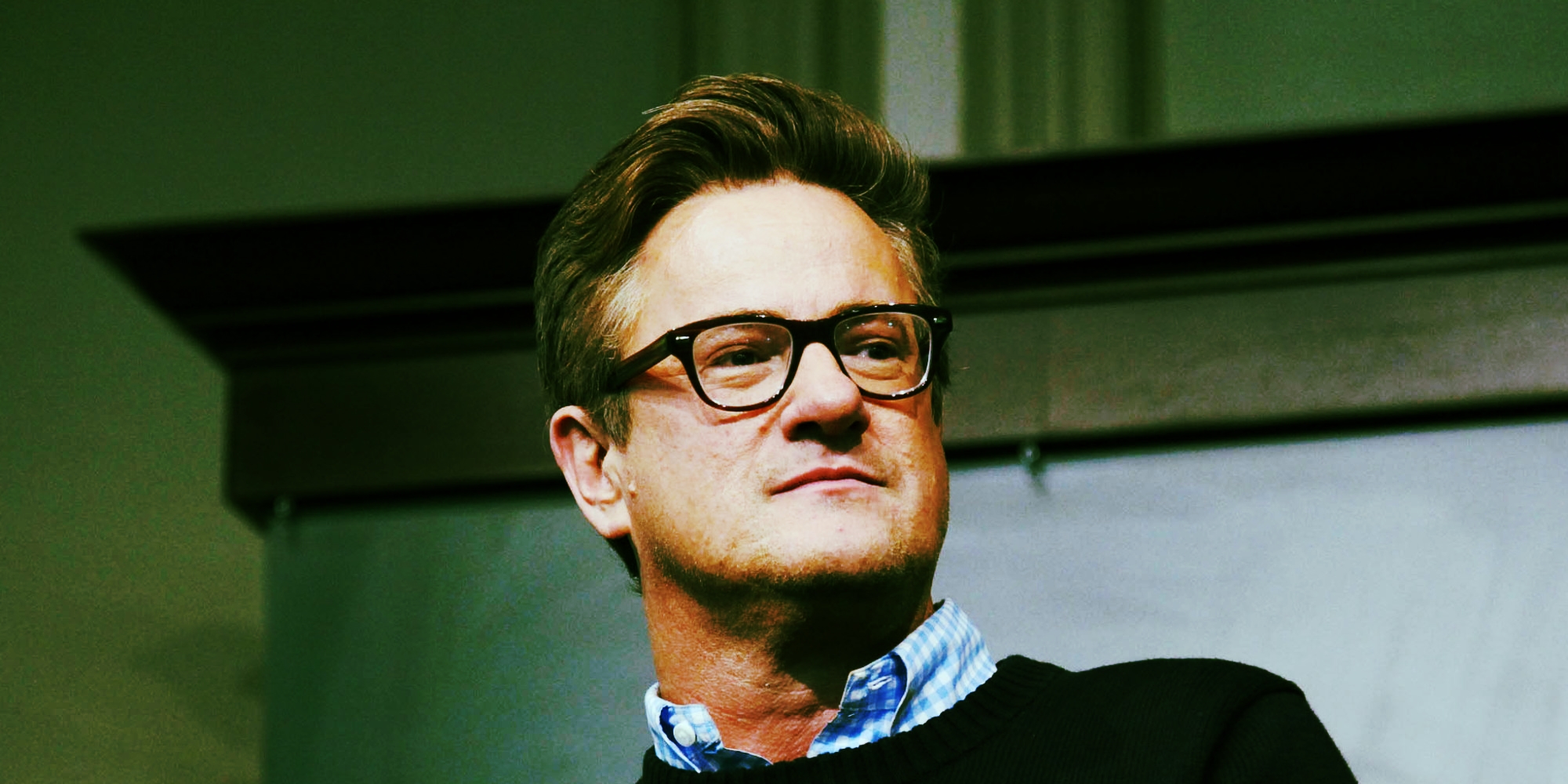 You know, I got fired up today because Keith Olbermann basically nailed the media's ass to the wall today, and then I had to go and keep reading crap on the Internet until I found something that Joe Scarborough said today:

MIKA BRZEZINSKI (CO-HOST): I know there are some groups that would not take his money.

SCARBOROUGH: IAVA refused to take his money. And there are other groups that wouldn't take his money, so I don't know. I do understand it took him a while to get there. Maybe the truth is somewhere in the middle. I don’t think – I know Hillary Clinton attacked him. Hillary can raise six and a half million dollars for vets and then she can attack him.

BRZEZINSKI: And she can raise money for CG, the Clinton Global Initiative, as secretary of state around the world. [MSNBC]

In what alternate universe is Joe allowed to carry water for Donald Trump and remain on the air? He basically takes an attack on his friend Donald Trump and turns it into a baseless, uninformed attack on Hillary Clinton like only a paid shill could do. Did I miss the part where Hillary Clinton stood up in front of everyone and said "I'm a big shot and I'm a billionaire so now I'm going to give money to some Veterans" and then forgot to give them the money because she turned out to be broke?

I went through the electric Google machine and did not find an instance where this happened. At this point, Katrina Pierson has more credibility than Joe does and what more can you say? When does he get Baghdad Bob to start coming up with more content?

MSNBC had no problem getting rid of Keith Olbermann over mere donations to politicians. The greatest crime anyone can commit on American television isn't being boring--it's being a liberal.

Scarborough is basically giving the Trump campaign free attack ads and is demonstrating a conflict of interest that dwarfs anything else you'll see on television right now. At least you know who paid for Sean Hannity's soul. MSNBC continually defends the low-rated and low-information Scarborough and will likely add a fifth and sixth hour to his daytime schedule so he can continue to give Trump whatever he demands. There's nothing like failure on a regular basis to justify being kept on the air when you're a mildly telegenic conservative who stays bought and paid for, am I right?

I mean, in that relationship, Scarborough is the guy who has to jump when the Donald whistles, right? And Mika Brzezinski--good God, what else can you say? Who's giving these two envelopes full of cash under the table?

UPDATE: Well, I guess the cash is about to stop flowing...