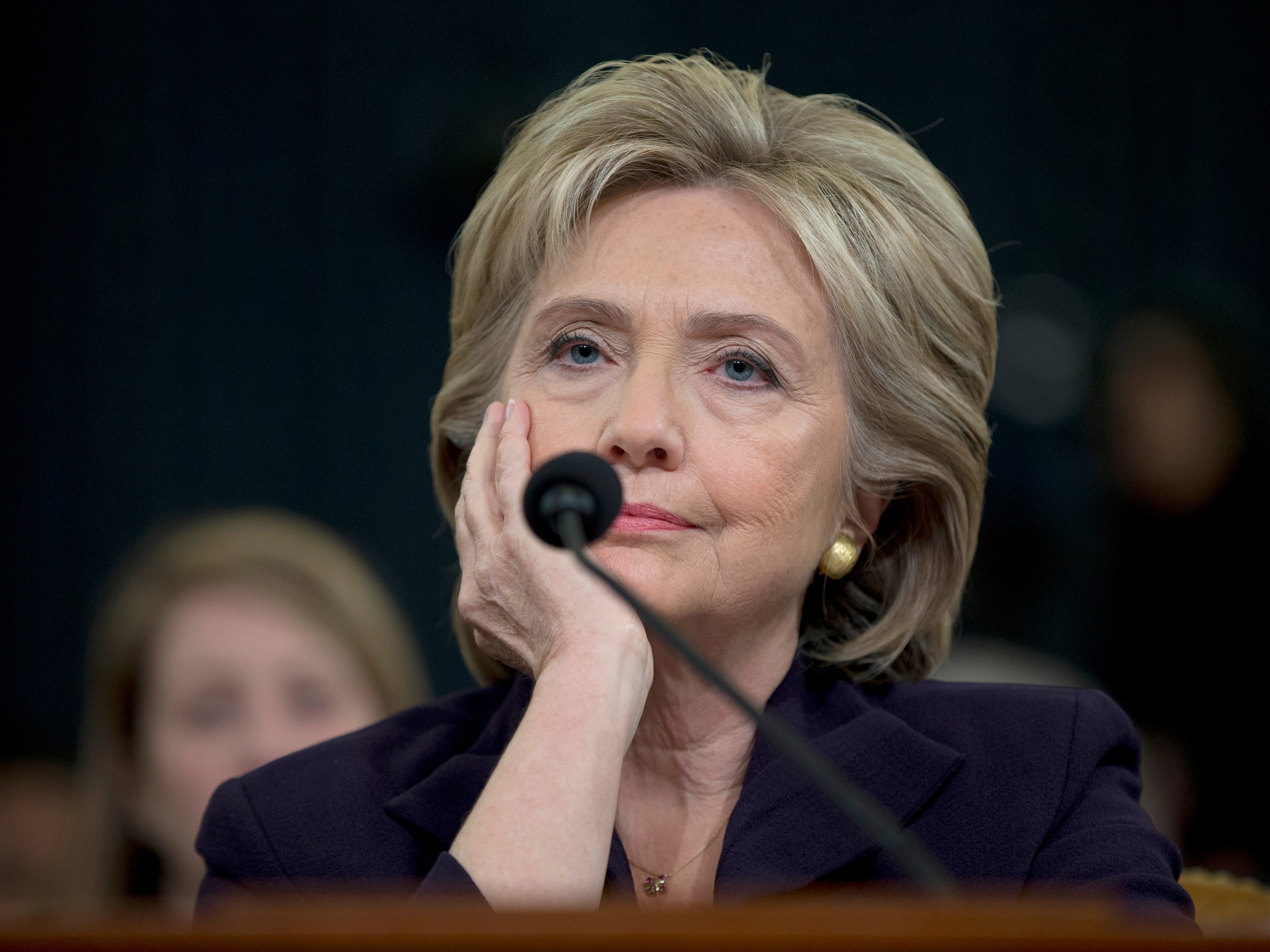 This is the entirety of today's New York Post editorial about Hillary Clinton's "stonewalling" of information related to her use of a private E-mail system:

In her sworn testimony made public this week, longtime Clinton aide Cheryl Mills proved that Team Hillary won’t give up an ounce of truth without a fight.

Mills, Hillary Clinton’s chief of staff at the State Department, was deposed by lawyers for Judicial Watch, the watchdog that has driven most of the key revelations about Clinton’s e-mail transgressions.

Juiciest of all was Mills’ excuse for Clinton’s failure to turn over her e-mails, all official government information, on leaving office: There was “a lot going on.”

“The secretary was not only transitioning, there had been a — we had lost our first ambassador [Christopher Stevens, in the Benghazi terrorist attack] in quite some time, and we were stepping through the sets of issues associated with that,” Mills said.

Notice the lack of perspective? Notice the absolute complete and utter absence of any introspection? This is just another useless attempt to convince people something illegal happened when we already know, it didn't. And why not drag someone's name through the mud? Miss Cheryl Mills complied with investigators and now gets to foot a massive legal bill. Good government in action, of course.

Look, we've known for a long time--over a year--that no laws were broken.

In other words, Hillary was the Secretary of State, and the New York Post (owned by Rupert Murdoch, who isn't exactly a paragon on ethical behavior to start with) has already forgotten numerous examples where running a government agency leads to situations where you actually have to show up and do the job. They're actually finding fault with Clinton for not turning over her E-mails, but they've forgotten that the system was antiquated, unworkable, unrealistic, and no one--not Condoleezza Rice, not Colin Powell--bothered to do the same thing. And there's no moment of soul searching over the fact that the Bush Administration wiped out over twenty million E-mails because, hey, shut up, that's why.

Hmm. But then Clinton sat on the e-mails for two years, only handing them over after hackers revealed her secret setup.

Any time a newspaper editorial board puts "hmm" in an editorial, you know you're dealing with the work of merely one delusional human being.

In fact, the record’s clear that she “went home-brew” precisely to frustrate Freedom of Information Act requests. Worse, Clinton and her inner circle all signed agreements promising to safeguard classified info — then winked as the private server put those secrets at risk.

There's no suggestion of that anywhere. I mean, read this and decide for yourself. Hillary wanted to use her BlackBerry, which, in 2009, puts her in the same place as most of Washington D.C. It's a continuation of the nothingburger that is this scandal--they keep it alive by suggested something nefarious was going on. Have you read the E-mails? It was mostly boring, day-to-day stuff. The actual documents produced by the Secretary of State were all properly archived and stored. The mundane E-mail was pretty much captured as well, and that's why people got to read so much of it.

And, I'm sorry, but who gives a shit? It's E-mail. Anyone who works in a modern office setting knows that E-mail is just not that important. Actual documents signed by decision makers--yeah, those are important. Has anyone suggested that the legally binding memos produced and signed by Hillary are missing? No, of course not. They're obsessed with the E-mails because that's the scandal they can keep alive through innuendo.

The rest of Mills’ testimony was just as tendentious, including 40 answers of “I don’t recall” and 182 of “I don’t know.” And the seven attorneys accompanying her objected to roughly 250 questions.

Even when sworn to tell the truth, Hillary & Co. are all about the stonewall.

If this is what stonewalling looks like, I'd hate to see what mild obstructionism looks like. I mean, except for the fact that you already know what was done, down to the last few details and that you know how things were set up and that you got to read tens of thousands of E-mails--yeah, she totally stonewalled everyone. Well, except for the fact that she testified before Congress and all that. Hell, you have Hillary's tax returns, and you don't have those of Donald Trump and Bernie Sanders--stonewalling! That's what it looks like. More about this is known than virtually anything else in Washington because it involves the Clintons. What laws were broken? Oh, that's right--none. But she's stonewalling because virtually everything was given to investigators who still can't find anything illegal.

Editorials like this are pretty meaningless, but it just goes to show you how a scandal involving the Clintons cannot stand up to any meaningful scrutiny. When you look at the motivation of the people keeping this alive, you come away wondering how they ended up living in the middle of their own hypocrisy. No Republican, living or dead, could survive the same level of attention, and they know it, and they delude themselves into thinking that this is a public service. That's why you have a Republican hate machine that advocates for smaller government and responsible government spending that can turn on a dime and hire a slew of bureaucrats who can blow through millions and find nothing.

I mean, it's not like Hillary didn't sit down with these people, give them every chance to find something illegal, and walk out of the room the winner, is it? You'd think they would have given up, but you'd be wrong.