Sit There and Act Dumb 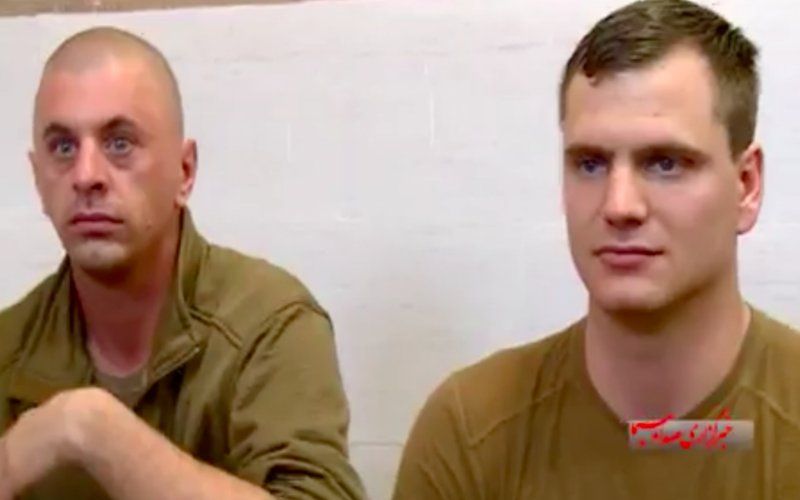 This story just keeps getting worse and worse:

The 10 American sailors who were detained by Iran in January gave too much sensitive information to their captors when they were seized from their ship. The U.S. Navy said in a report that the crew members, who were detained at gunpoint on Jan. 12 in the Persian Gulf, revealed sensitive information like laptop and phone passwords to Iran’s Islamic Revolutionary Guard Corps. “It is clear that some, if not all, crew members provided at least some information to interrogators beyond name, rank, service number, and date of birth,” the report said. Iranian officials learned about specific information involving Navy vessels, in addition to the passwords, the report said.

They were poorly led and poorly trained as well? The Iranians gave them up because they got everything they wanted. They must have been shocked to have been given access to secure communications systems. The Navy will now have to assess the breach and take the necessary steps to secure their networks. Good God.

I think this story also serves to wake people up to one thing--when we, the United States, goes out and tortures people, we open up our own people for the same horrible fate. We surrender any moral authority. And while it is pretty clear that there are nation/states that would torture our people no matter what, you can't deny the impact this had on the psyche of the Americans who were captured. They knew they were fucked, they knew they could be tortured, so whatever techniques were used by the Iranians worked as advertised.

Every time Trump puffs out his sallow, sunken chest and promises to torture people, he paints a target on the backs of every man and woman in uniform. He exposes them to needless danger. He arms our opponents with all of the righteous indignation they need.

Whoever sent those sailors into harm's way has no business sending any more. And the first rule of being captured is to act dumb and forget everything. Be ready to tell a lot of stories that involve your grooming habits, personal problems, and your love of teacups and doilies. They may not leave you alone, but if you act like you're the smartest guy in the room, you can be well assured they'll figure out if you are or not.