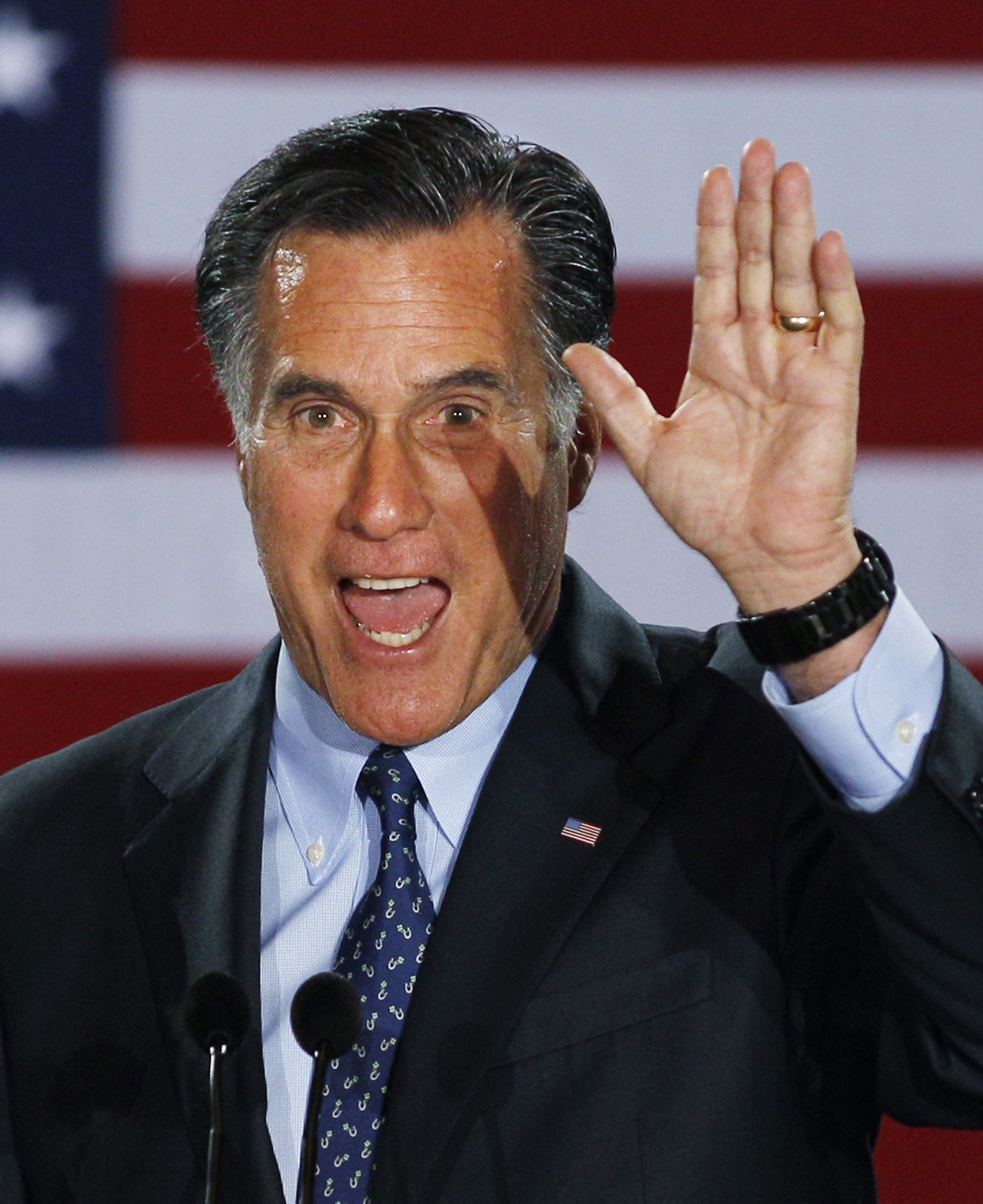 People seem to forget that Mitt Romney ran an awful campaign for the presidency just four years ago:

There are even some who are still holding out hope that Romney, who has been scalding in his criticism of Trump, will reconsider his decision to stay out of the 2016 campaign and find some way to become a candidate. Over the course of the week, a number of supporters approached the 2012 nominee to ask him to enter the fray. His typical response, according to those who witnessed the exchanges: There’s no path for me.

Yet Romney, like many of those present, didn’t hold back in his criticism of his party’s presumptive nominee. On Saturday morning, during a question-and-answer session before the group that was moderated by CNN’s Wolf Blitzer, Romney defended his decision to speak out against Trump. In explaining why he’d decided to come out so forcefully against the party’s presumptive nominee — and at a time when many GOP leaders are urging unity — Romney appeared to tear up. He was convinced, he said, that Trump just couldn’t go unanswered.

“Seeing this just breaks your heart,” he said.

I think the realization is just now settling in--if Romney had sat out the 2012 race and allowed a Rick Santorum or a Mike Huckabee to fall on their sword and challenge Barack Obama, he would have been able to run this time around. He would have been able to gain a massive amount of support from wealthy donors who would have seen him as the only logical alternative to Donald Trump.

These people don't want Hillary Clinton but they know a loser when they see one. Trump is going to lose, and he's going to lose so badly that no amount of money could reverse the verdict. And, on top of that, these people know that the Republicans are going to lose control of the Senate. Seven Republicans are being forced to defend their seats in states that President Obama won twice. Those states are not going to vote for Donald Trump.

But, who knows? Trump has ripped Romney and he probably would not have fared any better than Marco Rubio or Jeb Bush. Romney, in particular, would have been essentially the same candidate Jeb Bush was--covered in cash, dripping with establishment credentials, and hiding from his record as governor. Romney was a terrible candidate in 2012. Remember his 47% gaffe? The guy was a stiff. Trump would have rolled right over him.

Mitt Romney really, really saw himself as president, and he failed to get past John McCain and Barack Obama. He has to be looking at this cycle and saying to himself, woulda-shoulda-coulda as he cries himself to sleep.