Nobody Cares About John McCain Anymore 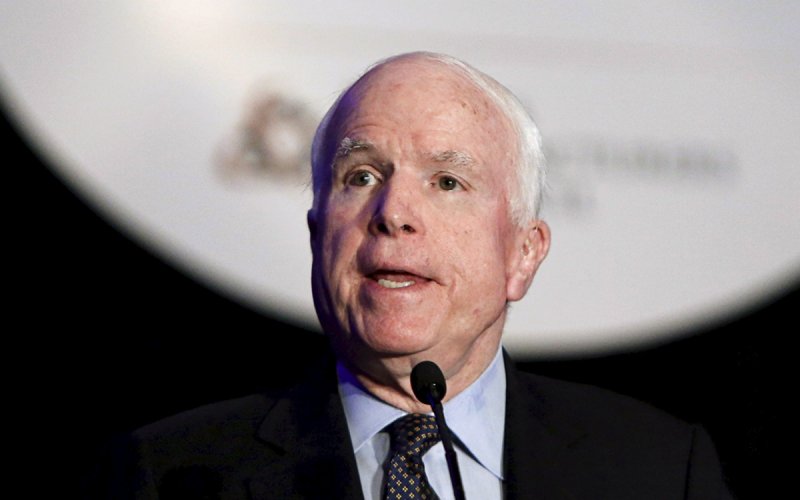 This bullshit does not make me mad anymore:

Sen. John McCain, who faces a tough a primary fight in Arizona this year, told reporters Thursday that President Obama was “directly responsible” for the horrific shooting in Orlando because of his alleged inability to defeat the Islamic State terror group and withdrawal of U.S. forces from Iraq. Omar Mateen reportedly pledged allegiance to ISIS during his shooting rampage early Sunday morning at a gay nightclub in Florida that left 49 people dead and 53 others injured.

The senator later added in a statement: “I misspoke. I did not mean to imply that the President was personally responsible. I was referring to President Obama’s national security decisions, not the President himself. As I have said, President Obama’s decision to completely withdraw U.S. troops from Iraq in 2011 led to the rise of ISIL. I and others have long warned that the failure of the President’s policy to deny ISIL safe haven would allow the terrorist organization to inspire, plan, direct or conduct attacks on the United States and Europe as they have done in Paris, Brussels, San Bernardino and now Orlando.”

What you just heard was the uninformed ranting and raving of a man who hasn't been relevant in any discussion since he lost the race for the presidency eight years ago. Look how fast he walked back his statement. He had days to come up with something and he rage-faced his way through a cheap shot against the president because that's how he rolls. He is a joke and he absolutely knows that in his heart of hearts. He cannot come out and admit that picking Sarah Palin was the worst blunder in his entire political career. He cannot admit that President Obama has been successful entirely because he has ignored everything John McCain says.

And, what's more, McCain is pissed because no one in the Republican Party has even considered asking him to run for president instead of Donald Trump. If there's a #nevertrump movement out there, then there's absolutely no chance they would ever ask McCain to run.

This man has been finished for so long he can't find an advisor honest enough to show him how to retire from the Senate and leave public life.