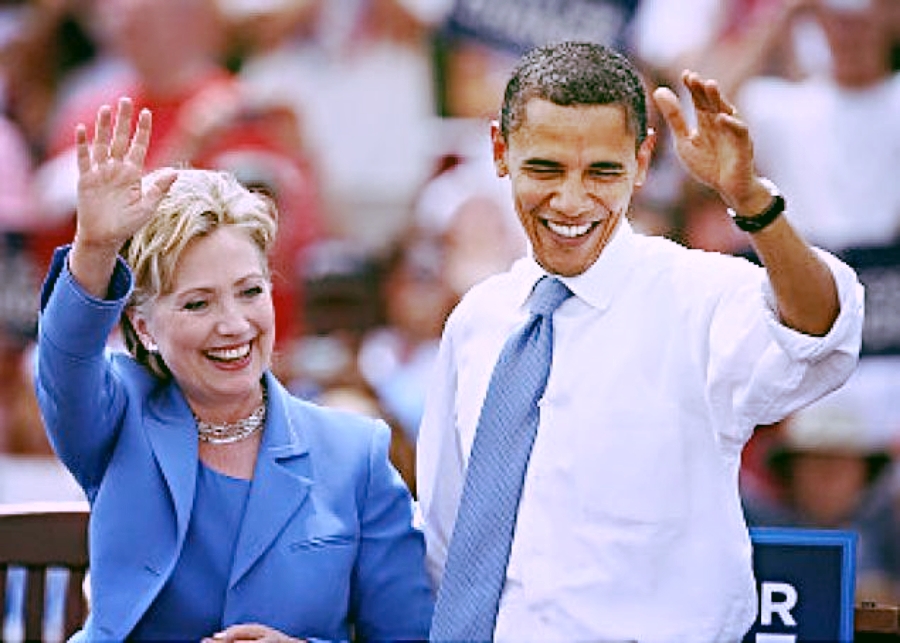 This is how you spin something into an anti-Hillary hit piece:

A strong majority of Democrats would cancel the 2016 presidential election between Hillary Clinton and Donald Trump if it meant President Obama could serve another term, a new poll found.

Data provided to The Hill by the conservative polling outlet WPA Research found that 67 percent of Democrats would take a third term for Obama over a potential Clinton administration.

Only 28 percent said they’re ready to move on from the Obama White House, while 6 percent are undecided.

Obama is enjoying a surprisingly strong approval rating for a president serving out the final months of his second term.

A Washington Post-ABC News survey released this week found Obama’s net approval rating approaching 80 points in positive territory among Democrats. Former President Bill Clinton was at about 60 points positive within his own party at this point in 2000, while former President George W. Bush was under 40 with Republicans.

At the same time, a Gallup survey from April found Clinton’s net approval rating among Democrats hitting a new low. She had a 63-point net positive approval rating last November. That plummeted to only 36 points in April.

This is where Jonathan Easley at The Hill veers off track with his post. He first cites polling from the past week and then he compares it to polling done months ago--April in fact, which is when Hillary was locked in a tight race with Bernie Sanders and was undergoing massive attacks on her credibility. The Republicans were hitting her with the so-called E-mail scandal and their primary debates were focused mainly on savaging her in public.

It is utterly dishonest to compare the polling from recent weeks to April when the primary race was still a battlefield. Easley is cherrypicking polls to find the justification he needs to advance the idea that Democrats don't want Hillary. But we know this is garbage. After California, after endorsements from Elizabeth Warren and the president, and after Donald Trump's numerous missteps, Hillary's popularity has surged considerably. Americans are getting a clear comparison of what she wants to do and what Trump wants to do and they're choosing Hillary in droves.

And, guess what else has surged in recent months? President Obama's popularity, given the fact that the Republicans have imploded while the economy does well and while the president keeps fighting for working Americans. A better piece would be, "how did the Republicans screw up a sure thing in 2016?"

This kind of dishonest bullshit is going to keep bloggers in pajamas for years and years.