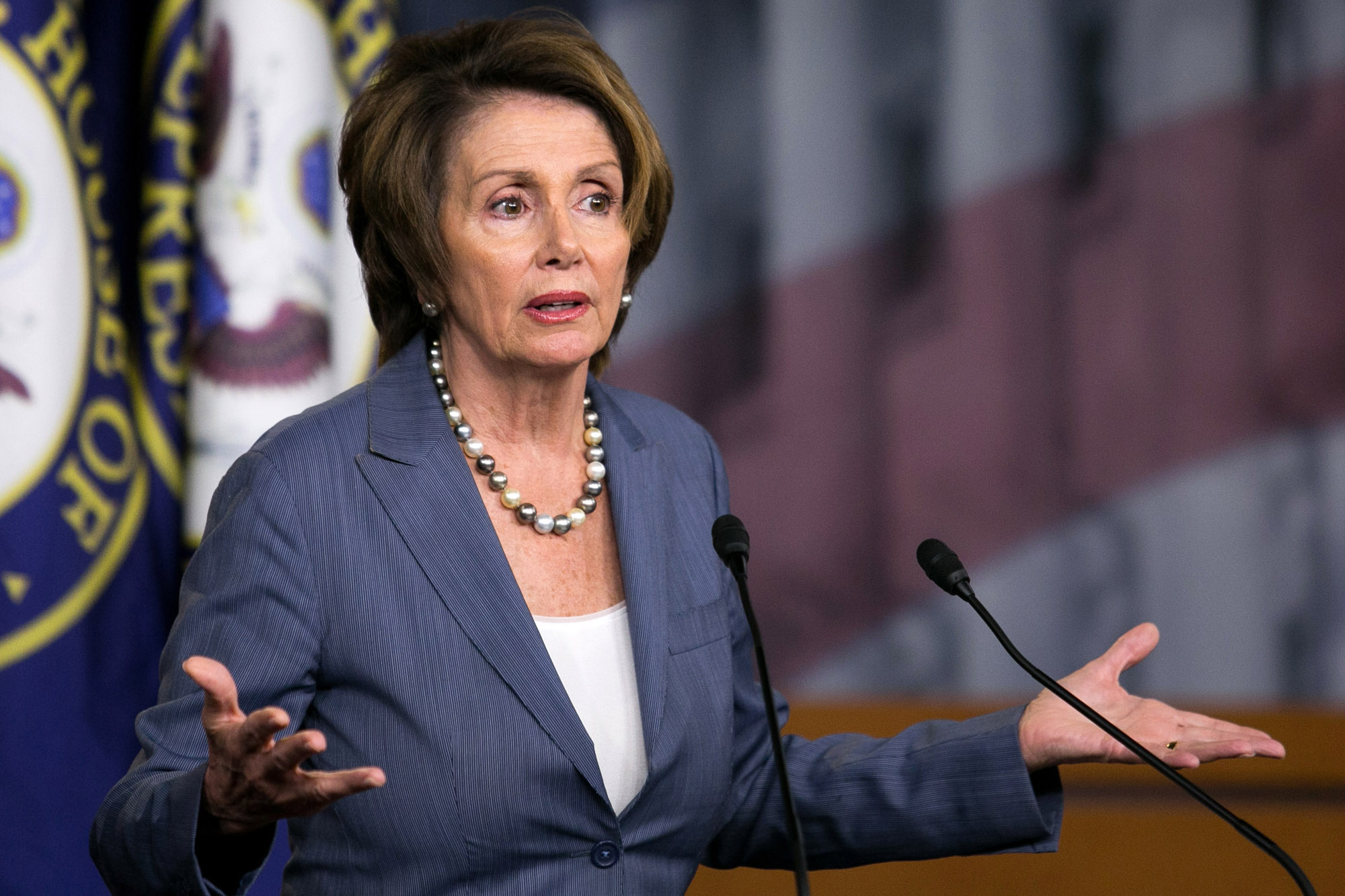 The next President and Vice President of the United States could be a pair of women, and why not Nancy?

“I’m a voter in California and I have voted for Hillary Clinton for president of the United States and proud to endorse her for that position,” House Minority Leader Nancy Pelosi said on ABC’s Good Morning America. Pelosi said it would be “fabulous” to have two women on the Democratic ticket, when asked about Sen. Elizabeth Warren as a potential vice-presidential choice. “I hasten to say that it’s not over ’til it’s over. Californians haven’t voted, nor have others in five states.” She added, “We’ve had two men over and over again for hundreds of years. I think that two women, whoever they may be, that would be fabulous as well, but Hillary Clinton will choose the person that she feels most comfortable with.”

Pelosi is a fearsome legislator, and, as Vice President, she could be put in charge of negotiating with Congress in order to pass Clinton's agenda. I don't know if it is ever fair to categorize the relationship between the Executive Branch and Congress as anything other than a passive aggressive grudge match, but whatever. Picking someone to lead the charge to engage and deal with Congress is a better idea than say picking someone who has never dealt with anyone currently serving in Congress.

What's more, she's already been Speaker of the House and knows the drill. California is a safe state, of course, so the regional balance to the ticket is not under consideration here. Pelosi appeals to the base (they know her) and she can stand Republican attacks (yeah, I was alive in 2007). She would be great in the job. The only person, besides Hillary, who drives Republicans crazy is Nancy Pelosi, and for good reason. She knows how to get stuff done.

I am in the camp of people who believe that Elizabeth Warren needs to replace Harry Reid. If you were going to give a job to Warren, it would be leading either the majority or the minority in the Senate, wouldn't it?