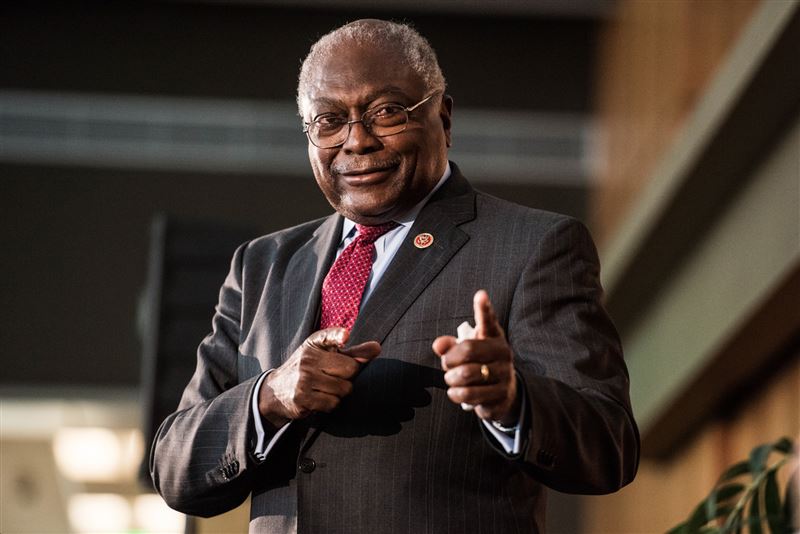 I don't know how this could be construed as anything but racist:

Fox News host Bill O'Reilly said on Thursday he wants to "slap" Democratic Rep. James Clyburn for focusing on gun control in the wake of the Orlando mass shooting. "It just angers me. There are two separate issues: There's the terrorism, and there's the gun control," O'Reilly said on Fox & Friends. He continued: "You know, and I just want to slap him, with all due respect." Clyburn was reprimanded by House Speaker Paul Ryan earlier this week when he followed a moment of silence by asking when gun control bills would be put to the floor for a vote.

There aren't many lawmakers with the courage to speak truth to power and stand up for the American people. Meet Representative Clyburn:

In 1992, Clyburn stepped back onto the campaign trail and won election to the U.S. House of Representatives, taking South Carolina's Sixth Congressional District. The win was a significant one for the state, as it made Clyburn the first African American since 1897 to represent South Carolina in the United States Congress. Clyburn is a distant relative of his predecessor, George Washington Murray.

In the nation's capital, the Democrat quickly exerted political clout and over the last two decades has assumed various leadership roles.

In 1999 he was elected Chairman of the Congressional Black Caucus, a post that no doubt helped him win a tight three-way race three years later for House Democratic Caucus Vice Chair. In 2005 he assumed the role of Chair of the Democratic Caucus. A year later, when his party regained majority control of the House, he was named House Majority Whip.

Over his more than two-decade-long career in national politics, Clyburn has tackled a number of causes, from addressing discriminatory issues and taking on environmental concerns to championing the opening of more community health centers and supporting measures to increase financial aid for higher education.

"[Representative Clyburn is] one of a handful of people who, when they speak, the entire Congress listens," President Barack Obama has said.

In the wake of the fatal shooting at Emanuel A.M.E. Church in Charleston, South Carolina, on June 17, 2015, Clyburn became a national voice on the tragedy and the debate that soon swirled about the state's flying of the Confederate flag at its capitol. At a prayer vigil in his home state the day after the shooting, Clyburn drew on his experience as a minister's son and as a veteran of the Civil Rights era to offer the church and its community hope. "There is no more solid foundation for the black experience in this country than the black church," he said. "No act will ever destroy the foundation of this church." He later offered: "If we stay silent, they win. They must not win."

Bill O'Reilly is a vile, racist human being with no redeeming qualities. Representative Clyburn deserves an immediate apology.