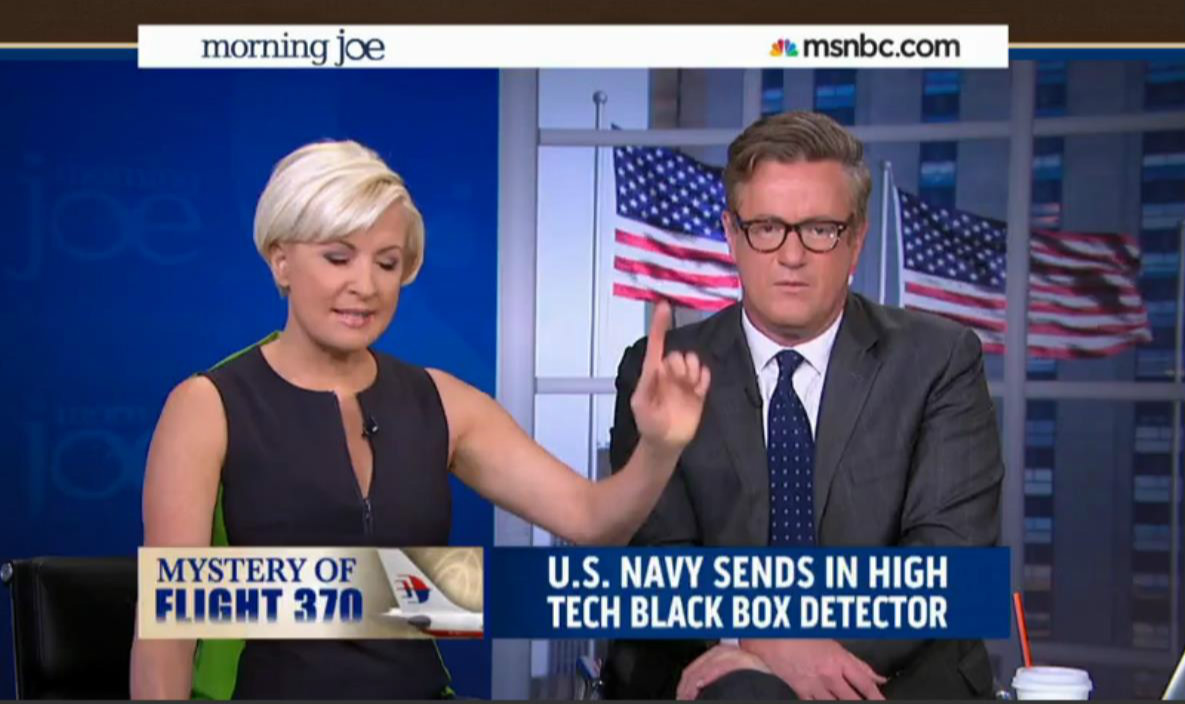 The fact that Joe Scarborough now says he is "against" whatever it is that Donald Trump has been doing for months and months is laughable. Scarborough is probably trying to distance himself from Trump in order to maintain the facade that he hasn't been bought off:

For months, Scarborough and his Morning Joe co-host Mika Brzezinski have been criticized for their warm relationship—friendship, even—with Trump, now the presumptive Republican presidential nominee. This week, however, it appears as though the real-estate mogul’s repeated racist attacks on “Mexican” Judge Gonzalo Curiel have at long last turned Scarborough into a fiercely vocal critic.

On Wednesday morning, Scarborough took some time on Morning Joe to call out Republican figures who have endorsed and supported The Donald, but will not use any potential leverage to get Trump to curb his bigoted outbursts.

“They’re… I can’t say the word that they are… they’re being weak,” Scarborough said on the show. Brzezinski subsequently clarified that “Trump has used the word,” meaning that Scarborough was calling out some of Trump’s Republican endorsers as “pussies.”

First of all, Donald Trump told you he was a racist long before the Iowa caucus. Anyone now shocked that Trump is a racist is a complete and utter fucking idiot.

Second, there are warm bodies that look good on television all over America who could probably pull a few more ratings points that old Joe and America's scold. Beating CNN is not exactly the sort of thing reasonable people brag about. It's a bit like saying, "we're not as crap as we were a while ago." Ten years of Morning Joe and what does anyone have to show for it? Nothing. That's because the experiment of putting the two of them on television has worked for a very select demographic--the management of MSNBC. which maintains the belief that it cannot be a liberal network if there's a Republican on it somewhere--but the rest of the viewing public? Not so much.

Third, this is just an attempt by Scarborough to tell fellow Republicans "you're doing it wrong." As in, yeah, you can hold all the racist views you want, but you have to be willing to throw a fellow Republican under the bus to keep people from finding out how you really think.

Scarborough is a walking, talking conflict of interest machine. The network he works for has no reason to keep him where he's at but why would they get rid of a guy who makes the corporate leadership feel so good about themselves:

director Rob Reiner confronted Scarborough and “Morning Joe” co-host Mika Brzezinski for going too easy on Trump during his march to the Republican presidential nomination. Last month, Scarborough even bragged that he was right about Trump all along.

Scarborough, who has been accused of covertly supporting Trump, defended his feelings on the situation after declaring that he was right.

Brzezinski and Scarborough were accused of turning a February MSNBC Town Hall with Donald Trump into a “puff session” — and that was before audio leaked from a hot mic that captured the trio talking during commercial breaks.

Are you ready for ten more years of this guy? If it was about money, they would have canned him long ago. I think America is ready for several decades of Morning Joe. It's like finding out there's another Electric Light Orchestra album. Really? Pass. It's like discovering they came up with a  new version of Law and Order with a guy who looks like sandpaper and a gal with nice legs. It's the Leno show for morning opinion TV without the ratings and the comedy. Oh, that's on? Next.

Morning Joe. It's the show that you know is on and have no intention of ever watching that won't ever be cancelled.