Is It Really This Close? 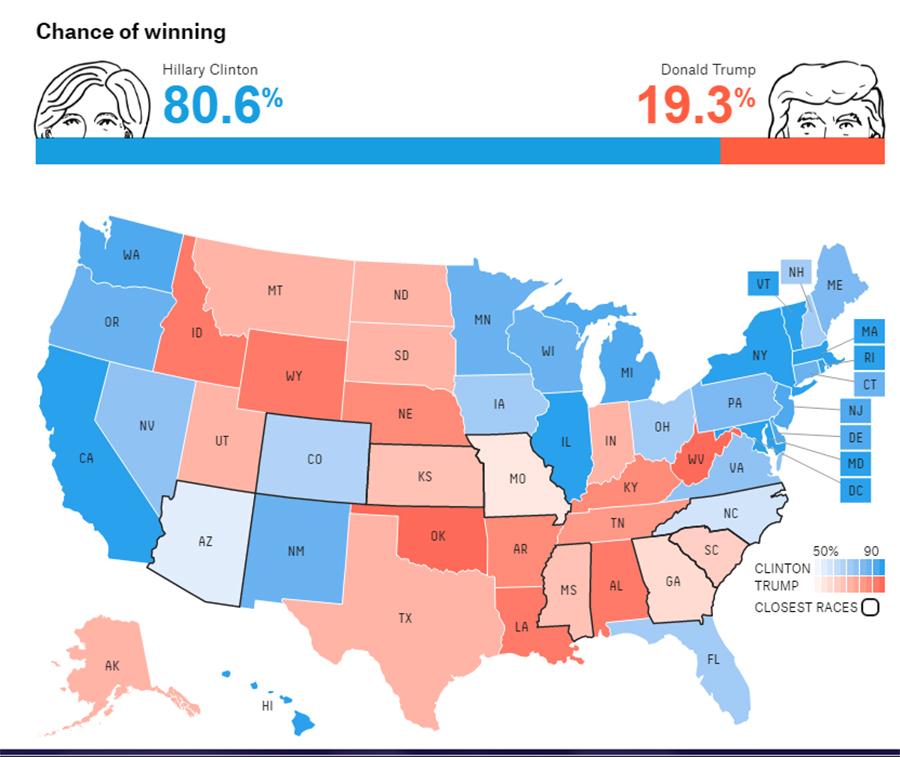 It's that time! Time to bookmark Nate Silver's 538 and start thinking about the polling for the race for the presidency.

This is a pretty shocking map. Could Missouri and Georgia really go for Clinton? Wouldn't that be an extra special kick in the cojones for the Republican Party? I think so.

I also think it is very telling to see that Silver is making no effort to hide the fact that Trump is looking about as bad as he possibly could at this point in the race. Hillary has faced a tough primary season and has been beaten up in the mainstream media for as long as anyone can remember. His "Crooked Hillary" attacks aren't working but that doesn't mean they're going to stop. We have several months of relentless negative advertising ahead, and it will be funded by organizations that won't be dedicated to electing Trump but will be geared towards minimizing the damage that will be done to the GOP if they lose the Senate and the House.

If this map holds, we could have an entirely new makeup in Congress.