In All Likelihood, This Bernie Sanders Post Will Piss You Off 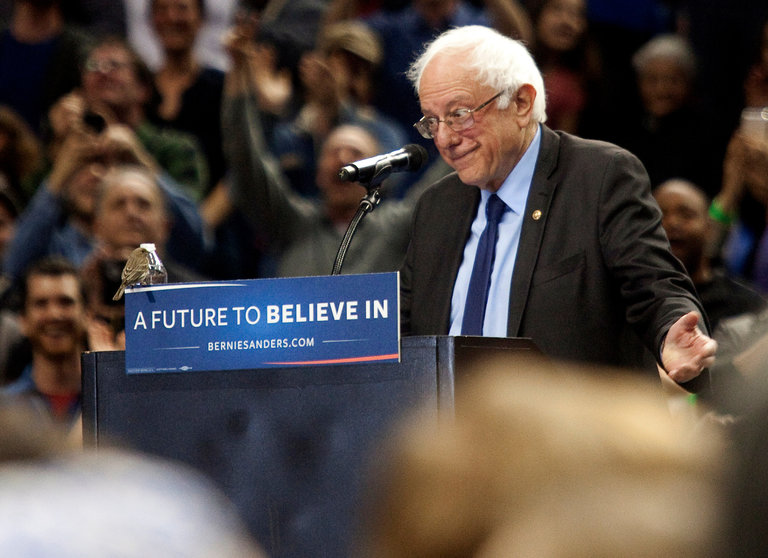 Bernie Sanders told the folks at Morning Joe that he was going to vote for Hillary Clinton. Then he went on TV with Chris Cuomo and said this:

Cuomo: When the day comes in November and Sanders has to cast his vote, to whom does it go?

Sanders: In all likelihood, Hillary Clinton.

Cuomo: When you say all likely hood, what percentage?

Is there anyone in American political history who has done a worse job of leaving the stage? The man lost. Leaving the arena has turned into one of those situations where you're trying to leave Toys 'R' Us with a four year old who can't stop screaming and can't walk because their legs do not work anymore. I know you've been there--I know you've held the kid with one hand while trying to move quietly to the exit but the kid is kicking themselves into a circle and now you're standing on one foot, trying not to fall over into the Lego display. And everyone's watching, and someone chuckles, and someone else pushes past you because they're in a hurry and that's when the kid shrieks and panic grips you and you fall over, not knowing whether or not you just split your pants open. I could go on, but I'm tired of this, too.

Bernie Sanders is a howling, tear-soaked four year old with a rubber band spine and no Earthly idea how to turn back time and end up with the toy he's been denied.