How Did Erick Erickson End up Being the Voice of Reason? 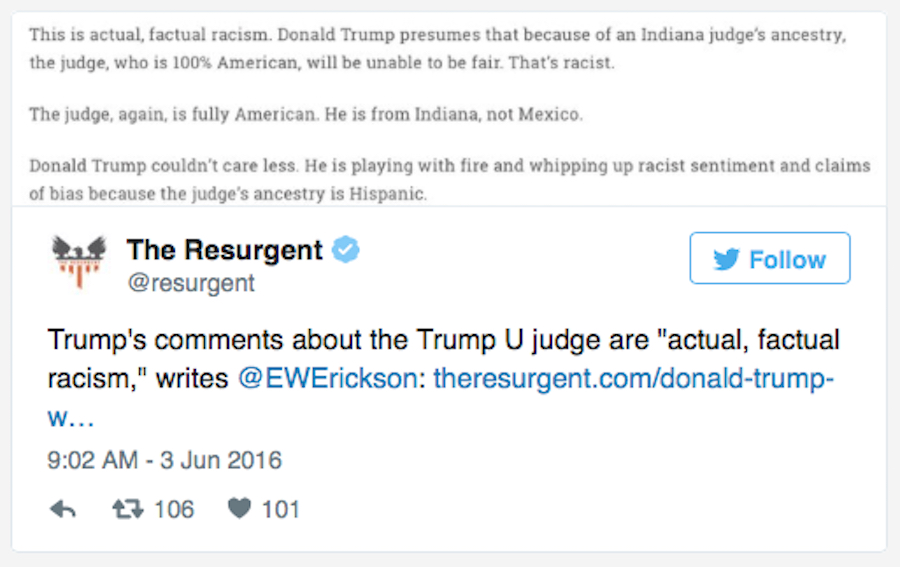 Anne Laurie's posts at Balloon Juice are invaluable to me because I'm weird that way. I really like looking at the roundup that she posts at the end of the day, and that's where I found this embedded tweet by Erick Erickson.

How did he end up being the voice of reason in the Republican Party? Well, he's more of a movement conservative than a Republican, I guess, but that does not explain my shock. I mean, he's THAT guy. He's supposed to be one of the crazies.

And yet, despite the personal cost to him (when you are prominent in the conservative media and you insult Trump, you reap a whirlwind of nasty rejoinders), he's one of the few brave enough to speak intelligently to the fact that Donald Trump is racist as hell.

In public, to boot. There's none of this "hot mic" stuff. There's no "macaca" moment. It's more like a stream-of-consciousness litany of racist statements, and if you don't like the one he says today, stick around because he's got more for you tomorrow.