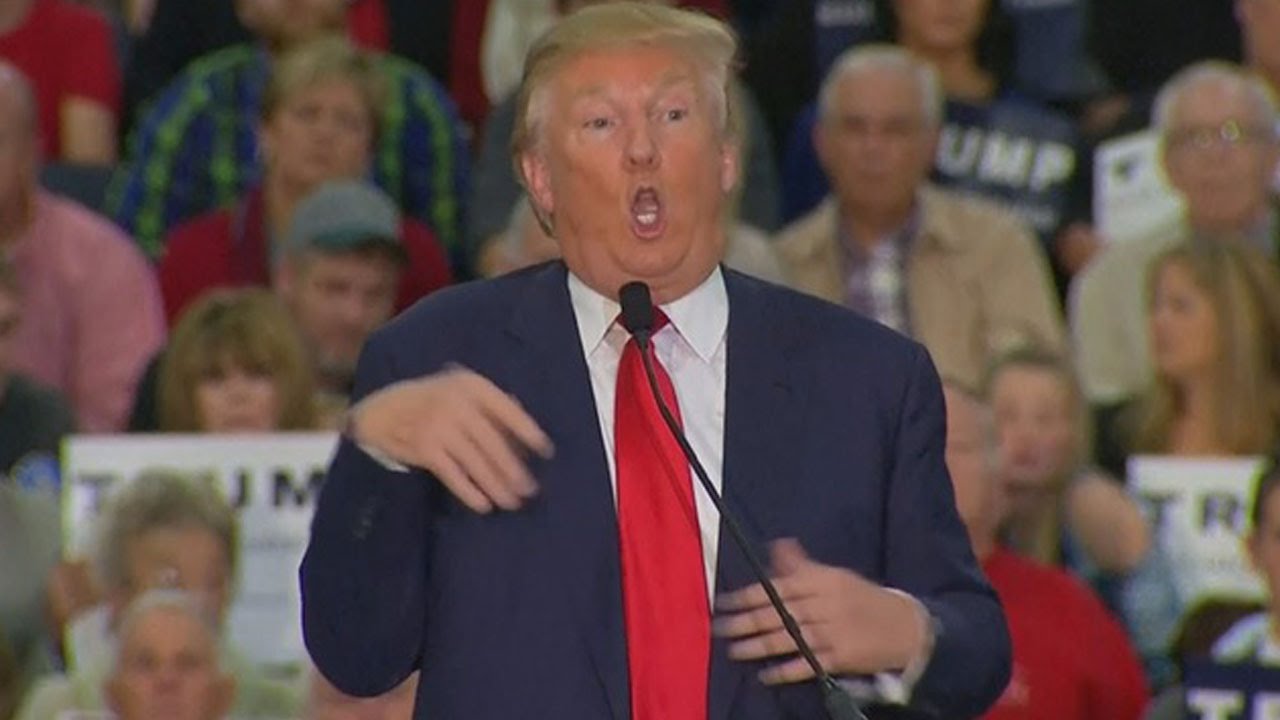 The anonymous quote is usually worthless, and so I don't know how much I believe about this:

Producers for Donald Trump’s show, The Apprentice, are speaking out about how the reality television star-turned-politician behaved on the set of the show in an interview withSlate.

Some former Apprentice producers agreed to speak to Slate on the condition they did not use their names, citing nondisclosure agreements. Staffers described strange quirks like Trump’s fear of making physical contact with others because of a germ phobia. But they also said the way he talks about women on the campaign trail isn’t a new trait by far.

“He would talk about the female contestants’ bodies a lot from the control room,” mid-level producer told Slate. “We shot in Trump Tower, the control room was on the seventh floor, and he walked in one day and was talking about a contestant, saying, ‘Her breasts were so much bigger at the casting. Maybe she had her period then.’ He knows he’s mic’d and that 30 people are hearing this, but he didn’t care. That’s kind of him. During the campaign, when he was talking about Megyn Kelly, I thought: He’s obsessed with menstruation.”

However, not everyone is worried about being run over by the Trump Train:

Bill Pruitt, producer on Seasons 1 and 2 of The Apprentice, spoke to Slate on the record about Trump, saying he feels partly responsible for the fact Trump now has a shot at the White House in the November election.

“I’ve been struggling with the whole experience of watching Trump go from punch line to GOP nominee,” Pruitt told Slate, “because of how it reflects on reality TV, which is the work I’ve been dedicating my life to for the last 10 years. The associations are glaring. Those in our business who hadn’t already taken stock of what we wrought, we’re doing it now. I might have signed an NDA back in the day that would allow someone to come after me, but I feel almost a patriotic duty to talk about this.”

I mean, you really don't have a "patriotic" duty but you can make yourself some cash on the side if someone is willing to pay. I hope Mr. Pruitt is ready for Trump's lawyers because that's how the man operates.

I really don't like these pieces because the Clintons have been victimized by a number of them and they always end up fizzing out into nothing. That's why I'm not surprised to see the Secret Service hit pieces begin to appear. They come from a place where it's almost expected that someone who has had access to the Clintons will find a way to tap into the big bucket of money that conservatives are willing to spend in order to get something they can spin into something.

If Donald Trump wasn't already so weird, these stories would be easy to ignore. But you can't because he feeds so much raw bullshit into the mass media machine. This is a particularly strange time in American history. The single most unqualified human being to win the nomination of a major political party comes with a list of quirks that would make Howard Hughes seem well-adjusted. He has bizarre sex habits and an inability to maintain an inner monologue. Before election day, I would wager you that a New York City bath house operator has grainy footage of Trump being urinated on by woman in thigh high boots and a corset made out of deli meats.

The great philosopher Morrissey said it best - Caligula would have blushed.