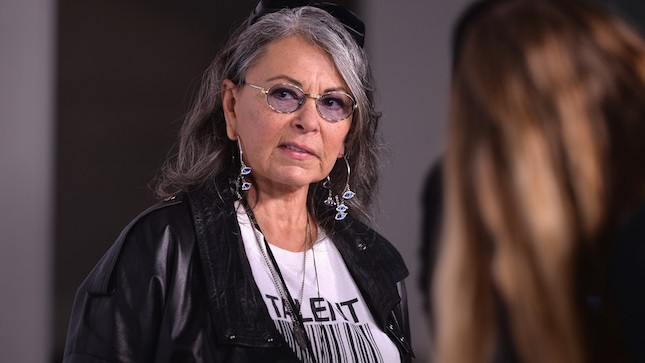 There's nothing wrong with being a crackpot, but the least you could do is come up with something we haven't already heard:

You’ve said that Americans can have whatever we want politically — I'm paraphrasing — if we just participate in the process. And it’s true that new groups are participating more in the process, sometimes violently.

I think we would be so lucky if Trump won. Because then it wouldn't be Hillary.

What's your take on Hillary? What do you think is wrong with her?

You don't know?! Well, she hangs out with [President] Bush. Do you need more than that? She's friends with everybody that gives her any goddamned money. The fact is, you don't get to be the nominee without taking a lot of dirty money. You might be the best f—in' person on earth, but if you're hanging out with criminals who do bad things, that matters a lot. That's why I ran, because no, I don't hang out with criminals and I don't take their money and I’m not paid to help sell nuclear weapons. I like Trump because he financed his own [campaign]. That's the only way he could've gotten that nomination. Because nobody wants a president who isn't from Yale and Harvard and in the club. 'Cause it’s all about distribution. When you're in the club, you’ve got people that you sell to. That's how money changes hands, that's how business works. If you've got friends there, they scratch your back and blah, blah … But Americans don't even know that much, even though they say they do. They say they believe that people should take money out of politics and then, you know, they send their paycheck to Bernie and off he goes to hang out with the pope on a private jet on that money. The f—in' Pope, are you shittin' me?! And nobody just gives you money, they're not like, 'Here's three million, you look good, your hair is nice.' No. It's like, 'Hey, I'm giving you this money so you can pimp my products when it comes time.'

And ... what's the problem with the pope?

He owns almost every dollar in the world, that guy. So I thought you weren't supposed to make a big profit if you're in the helpin' people business. That kind of speaks ill of you. When you got billions in profits for helping people and they're starvin' and shit, that doesn't make a lot of sense. Fact is what matters. Not what people say, not the money they take but what they do. And what Hillary does is the opposite of what she says, just like all of 'em. Where are the women's rights? She talks about women's rights, but I'm not sure that she acts in that interest.

Will Trump act in people’s interest?

To me, he's saying that the order of law matters. When a president can just pass laws all on his own, that is a little bit different than what America was supposed to be about. And Trump is saying people will have to be vetted, we'll have to have legal immigration. It's all a scam. I mean, illegal immigration. When people come here and they get a lot of benefits that our own veterans don't get. What's up with that?

The stuff about the Pope is nice, isn't it? And, no, illegal immigrants don't get better benefits than veterans.

Roseanne is a very talented woman, but the television industry left her behind years ago. There's no one courageous enough to put her back on TV as she really is now and there isn't a network out there that would risk being associated with her. Having said that, her ideas are just sad crackpottery and a rehash of Rush Limbaugh's newsletter. You would think that someone who made her career out of an honest portrayal of working people would know something about them, but oh well. The very idea that people can't support Hillary because she can't name anything Hillary has done for women's rights is laughably uninformed.

If we are to honestly consider the issues that affect women and families, Hillary has consistently and passionately advocated for gender equality and family friendly policies. Throughout her time in the Senate, she championed gender equity legislation and used her status in the world to shine a light on issues of importance to women and girls.

In terms of family planning and reproductive rights, Hillary has unwaveringly supported a woman’s right to choose and has fought for access to family planning resources that would empower women to make their own decisions about their bodies. Her historic refrain that abortions should be “safe, legal and rare” should be the mantra for all leaders who want to make sure birth control is easily accessible for all women. She has publicly condemned the Supreme Court’s Hobby Lobby ruling limiting birth control access for employees and strongly supports Planned Parenthood’s work. Hillary has spoken in no uncertain terms in defense of Roe v. Wade, and sponsored legislation to reduce the number of abortions through access to birth control and sex education.

Globally, no candidate has done more for women’s rights than Secretary Clinton. In her time as Secretary of State, she appointed the first-ever Ambassador-at-Large for Global Women’s Issues at the State Department; oversaw the creation of the U.S. National Action Plan on Women, Peace, and Security; and introduced the Global Health Initiative (GHI), investing $63 billion to help partner countries provide robust maternal and infant health services. Secretary Clinton has worked tirelessly to elevate women’s rights as the key towards economic prosperity and global stability. Her public and private initiatives have appropriated millions of dollars towards providing secondary education to young girls around the world, and tackling the obstacles that face at-risk youths.

Yes, go vote for Trump. See what that gets you.