Bernie Sanders is Who You Thought He Was 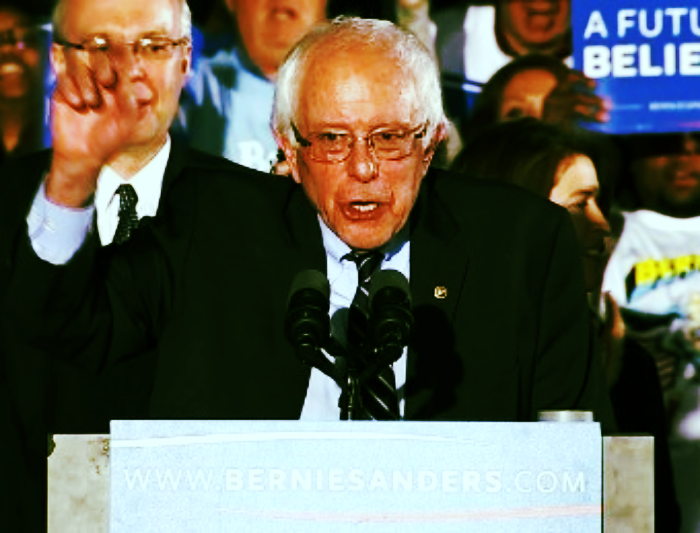 You can forget being classy, dignified, or realistic when describing Bernie Sanders:

"All of you know that when we began this campaign over a year ago we were considered to be a fringe campaign. Over the last year I think that has changed a little bit," he said as the crowd thundered with approval.

"Let me thank you all for being part of a political revolution," Sanders said. "We understand our mission is more than just beating Donald Trump, it is transforming our country."

The Vermont senator said he had spoken to President Barack Obama and to Clinton, though the crowd booed when he said he had offered her his congratulations on her victories Tuesday night.

He noted his victories in North Dakota and Montana, and said he believed the gap between him and Clinton in California would narrow as results continued to trickle in.

"Next Tuesday we continue the fight," he said. "We are going to fight hard to win the primary in Washington, D.C., and then we take our fight for social, economic, racial and environmental justice to Philadelphia."

"The struggle continues," he added.

How can you transform a country when you won't let anyone see your tax returns? Sanders can rail about corruption all he wants, but the most patently transparent act that a man running for president can make is to let the people see his tax returns so that they can decide whether or not he's honest and trustworthy or full of hypocritical statements and is hiding the fact that he might be connected to shady deals. Hillary Clinton has known for decades that you have to let people look at your taxes or they won't shut up about it (and then, when you do, they find something else to yap about). Your typical transformational figures don't need to conceal the source of their income when all they want to talk about is income inequality.

Bernie Sanders is on a mission to destroy the Democratic Party and elect Donald Trump. That's why he's still in the race and that's what he's going to do. He may have a change of heart in a few days if someone promises to retire his campaign debt and give his followers some token jobs running races for the DNC. I think he sees the con in this. He knows he can spend the next four years conning the far left out of money so that's what he and Jane Sanders are going to do. They're going to open the spigot and let that pure, pure lefty money flow into their pockets.

This race has now turned. Sanders has decided to cross a pretty clear line and inconvenience the hell out of people who don't want to see Donald Trump using the IRS to destroy his New York City rivals and whoever in the media still has vertebrae. Actual Democrats need to take note--this man is all in on the idea of destroying Hillary. He is a saboteur who doesn't care about the results because he's in it for himself. Sanders views himself as a transformational Baby Boomer. He's lucky the Clintons have held back so long.

After today, hell's coming for Bernie Sanders. He needs to get out of the race. His sabbatical to Vermont should be about finding a way to stop pissing off the only people capable of saving us from ruin and loss.