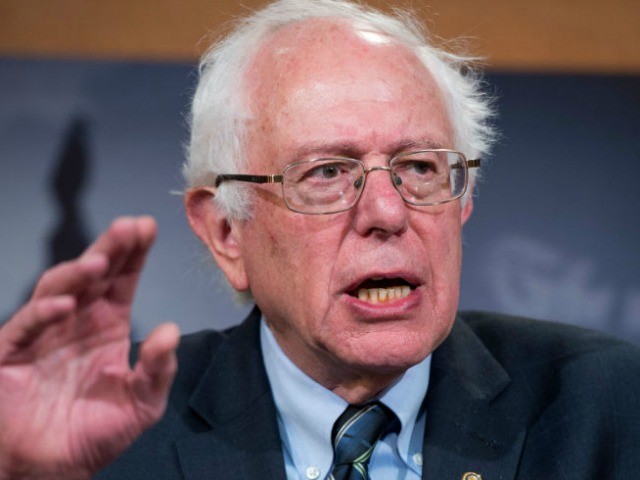 Bernie Sanders gave a speech tonight that sounded like he was ready to start working with the Democratic Party to elect people to serve in Congress and in other offices:

It means that we can no longer ignore the fact that, sadly, the current Democratic Party leadership has turned its back on dozens of states in this country and has allowed right-wing politicians to win elections in some states with virtually no opposition – including some of the poorest states in America. The Democratic Party needs a 50-state strategy. We may not win in every state tomorrow but we will never win unless we recruit good candidates and develop organizations that can compete effectively in the future. We must provide resources to those states which have so long been ignored.

Here is a cold, hard fact that must be addressed. Since 2009, some 900 legislative seats have been lost to Republicans in state after state throughout this country. In fact, the Republican Party now controls 31 state legislatures and controls both the governors’ mansions and statehouses in 23 states. That is unacceptable.

We need to start engaging at the local and state level in an unprecedented way. Hundreds of thousands of volunteers helped us make political history during the last year. These are people deeply concerned about the future of our country and their own communities. Now we need many of them to start running for school boards, city councils, county commissions, state legislatures and governorships. State and local governments make enormously important decisions and we cannot allow right-wing Republicans to increasingly control them.

All of that sounds great. Except there's this things that maybe no one told him about called the Brand New Congress. They talk about supporting his agenda, and they have a great website, but they're actively going to go out and recruit a bunch of people to run for Congress.

As Democrats? Aw hell no, son.

We're going to challenge incumbents in their primaries—both Republicans and Democrats—with a unified campaign that America can believe in and will actually pay attention to.

They're going to find candidates who will challenge Democrats all over the country! So much for party unity.

I've said it before and I'll say it again--Bernie Sanders is a tremendous threat to the Democratic Party and nobody realizes that his agenda does not coincide with the party he just tried to hijack. People need to wake up and understand one thing--these people are coming for Democrats in safe seats and they're going to strip away as much of their support as possible and create chaos in the 2018 mid terms if this process continues.