What's Clint Eastwood Up to These Days? 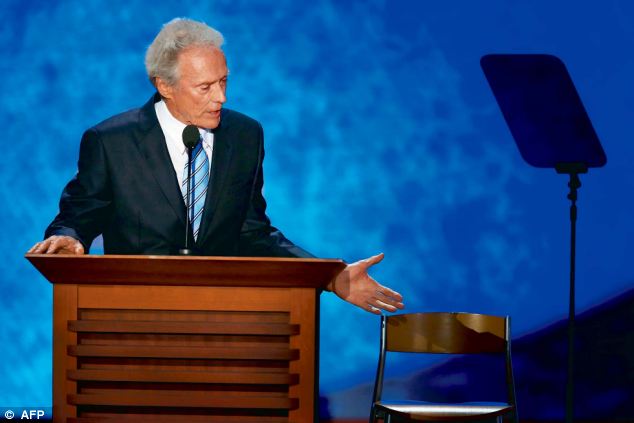 It would seem to me that Mitt Romney either wanted to be asked to run (and given a billion dollars to do so) or that they forgot about Clint Eastwood:

Mitt Romney won't launch a third-party presidential campaign of his own and has stopped trying to recruit somebody else to do it.

The 2012 Republican nominee had attempted to recruit a challenger to Donald Trump and Hillary Clinton. But prospects like Nebraska Sen. Ben Sasse said no, and Romney is now dropping his efforts, a source familiar with Romney's thinking told CNN. The news was first reported by Yahoo News.

It's the latest blow to the "Never Trump" movement -- a group of conservatives led by Romney, blogger Erick Erickson and The Weekly Standard editor Bill Kristol -- to find an alternative to Trump.

Romney still hopes a candidate will emerge. But an adviser to the "Never Trump" efforts confirmed Tuesday night that the efforts are looking grim.

Part of the challenge, a key "Never Trump" official said, is that prospective candidates need to hear a campaign plan that involves money, staffing, viability, key states to target and a plan to get onto the presidential debate stages.

Clint could run (I'm kidding of course--his "performance" in 2012 was a disaster for the Romney campaign that was dwarfed by other, more significant disasters), and he could win in this election climate. Nothing that he would say would make sense, people would remember what he was like forty years ago, and the nostalgia train of celebrity and familiarity would outrun the Trump train on its way to oblivion. I'll never understand why Clint Eastwood never ran for President. This country is just stupid enough to give him two terms, no questions asked.

For Romney to give up, you have to conclude that the Republican Party wants to spend the next four and a half years raising money off of Hillary Clinton's name. This is good strategy for a demographically challenged political party. Surrendering the race at this early stage allows for the big donors to sit on their money. It allows the party to take a long look at that so-called "deep bench" and make some changes. The next primary calendar for the Republican Party won't look anything like what we've already seen. They're not going to walk through that wing of the fun house ever again.