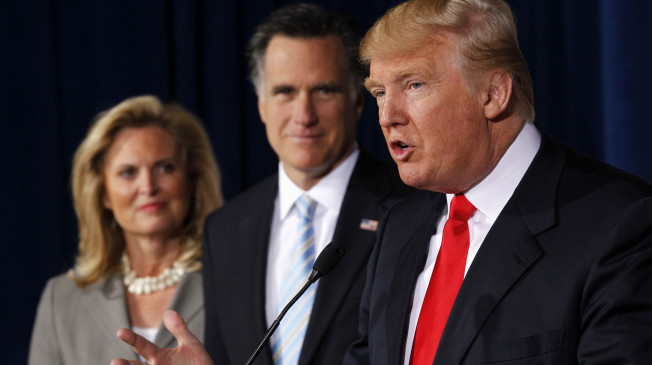 There's nothing astounding about how Donald Trump processes information:

So many stories in presidential politics, in all politics, are more sound and fury than substance. This one isn't. It's hard to overstate how big a deal it is. Donald Trump caught a lot of grief during the primaries for putting several of his companies through bankruptcies during his career. He's also made a point of arguing that he'd bring his brand of "deal-making" to the presidency. It now seems like both of those things may have been way more significant than maybe anyone realized.

On CNBC this morning Trump suggested that one strategy he'll use for reducing the national debt is having bond holders accept "haircuts". To be clear what that means, he'll try to get people who own US Treasury bonds and are owned X to accept X/2, or some reduced amount of what they are owed.

In other words, he wants to put the US through something like bankruptcy.

Now, to be clear, in the world of business this is not at all uncommon. In a bankruptcy proceeding almost everyone takes a haircut. Many lose everything. You were owed $7 million and you have to accept $2 million. It often happens in simple business negotiations too. Things aren't going great. Debt has to be restructured to help the company survive. A creditor thinks they might lose everything so they'll accept 50 cents on the dollar.

This is how Trump thinks. He comes up with a half-baked idea and then he runs with it. He doesn’t actually believe it, but, like any good executive, he supports it with qualifiers and other half-baked ideas. He repeats it, and he asserts it, and because it’s him speaking, he thinks it arrives with the full authority of his wealth and experience. There’s no need to prove his idea works because many, many of his ideas have worked and therefore this one probably will as well. Once you live your life around conference tables where people can be tricked into signing papers that give you money, everything else is just gravy.

You don’t accept his idea but so what? He’s rich, he’s in charge, and you’re not so you must be a loser who doesn’t get it. Meanwhile, a bird flew past and now he’s on to something else. Incompetence is too weak of a word for this phenomenon. He’s living in his own world and everyone else is just static that he can ignore.

Actual knowledge is of no use to Trump. That's just what all the eggheads keep telling him--you can't do it because of history, the law, sound business practices, and so on and so forth. He doesn't care about any of that. He's the bulldozer, solving problems by running over them again and again until there's something else to destroy.

From now until November, you're going to see at least three of these stories every week because Trump has a lot of ideas.