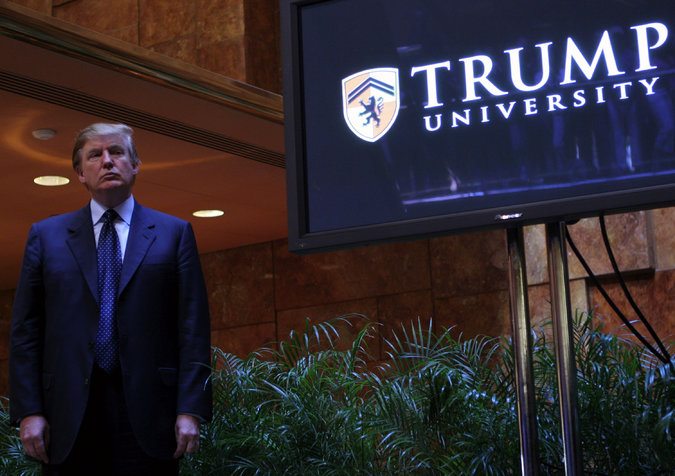 There's a sucker born every minute.

New York Attorney General Eric Schneiderman slammed Donald Trump after the GOP presidential nominee spent the weekend criticizing a federal judge about a lawsuit against Trump University. "You defrauded people out of money," New York Attorney General Eric Schneiderman said Tuesday. "They're entitled to their day in court. He keeps saying it's an easy case to win but he keeps losing. All he's doing is delaying." Schneiderman added that Trump demonstrated a "willingness to lie to people" to get them into his "phony seminars" and that it was "heartless." He added, "It's important information to get out there and I think that between the judge releasing these records and other things, I hope all the facts will get out that can between now and the election. I think it's important public policy."

I can't find any sympathy for the people who gave Donald Trump money in exchange for information or knowledge. I realize that this is heartless of me, and that I am a horrible person, but if you gave this man tens of thousands of dollars and expected something valuable in return, you're a fucking idiot.

Add this to the endless list of stories that will finally "finish off" Donald Trump.