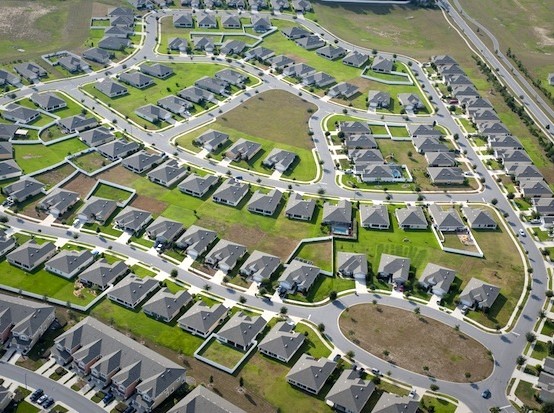 We are months away from the part of the election where people start to pay attention. In a typical presidential election year, things begin to solidify around Labor Day, which is surprising for many people who began following the race roughly a year before that. If you're a political junkie, it's hard to reconcile the fact that most of the voters who will decide the race aren't even paying attention right now.

Donald Trump is doing very badly with people who live in suburban areas, though. I don't know how strong this polling is because it's barely summer, but it does look pretty good for Hillary Clinton:

Trump's showing a nine-point drop in the suburbs.

Plenty of experts argue that the rural-urban cultural divide is so deeply entrenched that the suburbs are where the election will be won and lost. And, as he is with white women, Donald Trump is showing significant weakness with this slice of electorate. In 2012, Obama won urban suburbs 57 percent to 41 percent, according to NBC's Dante Chinni. Clinton is matching Obama's performance at 57 percent now, but Trump has slid to 32 percent. Swing suburban areas of the battleground states — places like Fairfax County, Virginia or Bucks County, Pennsylvania — are almost sure to help determine the general election winner. Right now, Clinton is enjoying a big head start.

I guess education and status equals an awareness of things and a rejection of what Trump stands for. You don't even have to be clued in to know that Trump is a nationalist using populism like he's on television. But let's be clear about something--there are plenty of voters who aren't going to vote for Hillary just because of Trump's negatives. They know the overall Republican brand, they know what's being going on for the last eight years, and they are enthusiastically supporting Hillary over any Republican out there. They're all in for a continuation of Obama's policies, which are rising in popularity as we head for the finish line.

Those people aren't going away and they don't care what the New York Times or Morning Joe have to say about anything. They were suffering like hell in 2008 and, by 2012, things were coming back around for them. They don't want a return to instability and crazy schemes. And they certainly don't want what Trump is selling.