The Media is a Sleazy Pile of Garbage 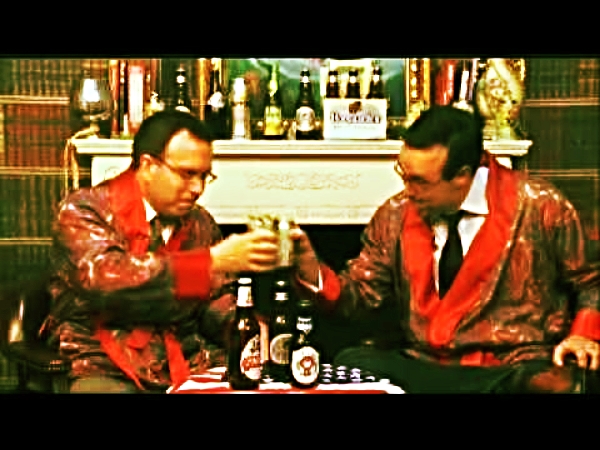 Milbank and Cillizza, serving up their "Mad Bitch Beer." [/caption]

The Washington Post is a really, really bad newspaper, and Donald Trump actually said something today that was true:

Presumptive Republican presidential nominee Donald Trump on Tuesday defended his fundraising for veterans charities and said he had not inflated reports of how much money he had donated to military organizations.

“As of this moment, it’s $5.6 million,” Trump told reporters at a press conference at Trump Tower in New York City.

“The money has all been sent,” Trump said, holding up a copy of a $1 million check he said had been a donation to a Marine Corps charity. The Donald J. Trump Foundation hasn’t used any of the money raised to pay staff or cover operational expenses, he added.

“I wanted to keep it private, because I don’t think it’s anybody’s business if I want to send money to the vets,” Trump said when he was asked why it had taken four months for him to release details about how much money he had raised and to which groups the funds had been sent. That was a somewhat perplexing explanation, considering the press conference had been called specifically so Trump could boast about his giving.

The event quickly devolved into a typical Trumpian rant against the media, and the candidate went on tirades against a plaintiff and judge involved in a fraud case against Trump University.

It didn't take long for Chris Cillizza to flip out and write something foolish in response to Trump's comments about the media, ignoring the fact that pretty much everyone agrees that the sky is blue, water is wet, and the media is sleazy as hell.

Oh, and in case you forgot, Chris Cillizza is one half of the mighty duo who gave us "Mad Bitch Beer." This makes him uniquely qualified to defend the working media from charges of being sleazy.