The Lasting Influence of Jon Stewart 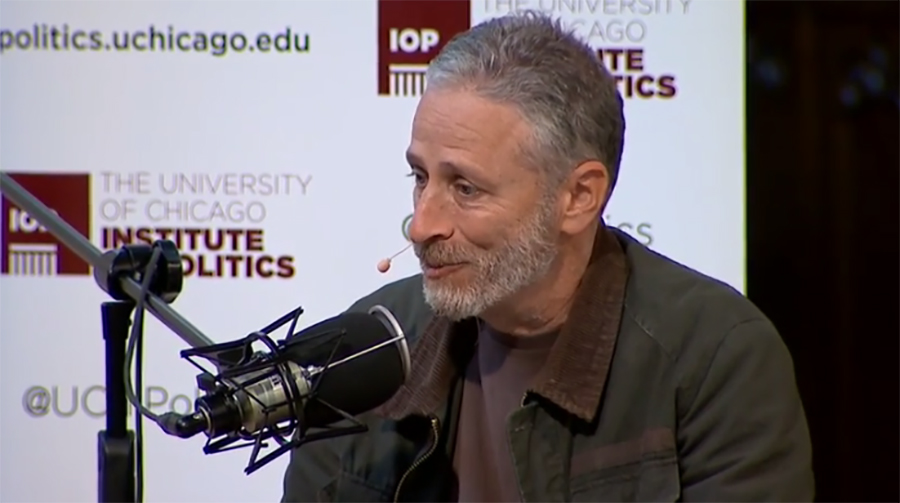 Is it me or do we really, really miss Jon Stewart?

Jon Stewart launched a stinging new round of criticism against Donald Trump on Monday, calling the presumptive Republican presidential nominee a thin-skinned hypocrite who ridicules political rivals and minorities but implodes when faced with even a minor slight.

"He is a man-baby," Stewart told David Axelrod during a live taping of "The Axe Files," a podcast produced by CNN and the University of Chicago Institute of Politics. "He has the physical countenance of a man and a baby's temperament and hands. ... (Vanity Fair editor) Graydon Carter did a joke about Donald Trump's hands 25 years ago, he's still not f---ing over it."

Trevor Noah was given The Daily Show and a slew of writers. He was handed the keys to a pretty influential institution that reached a small but savvy group of high-information voters. And I don't remember anything he's said or done since the primary season kicked off in January. I don't know of a single piece that he's done that has been cited as influential. He isn't a bad guy and he has great people supporting him but I can't honestly say that anything he's done has been part of the political conversation since day one. If you wanted to know what's missing, well, now you know.

We're missing Jon Stewart and we're missing that thing that we can cite as being the conventional piece of wisdom that the media won't utter. Noah isn't delivering that. Samantha Bee is trying to give us that and we should all get behind her show and with John Oliver as well--those two are our only hope for sanity.

Stewart, with no apparent writers or support, can speak extemporaneously and find himself part of the political narrative. His remarks about Trump are familiar but welcome because there isn't anyone in the working political media with the stones to take on the Trump machine and deal with the wrath of his followers. They are terrified of him.

Somebody better find their courage, and soon, because Stewart can't do it alone.