The Doomed Campaign of Bernie Sanders 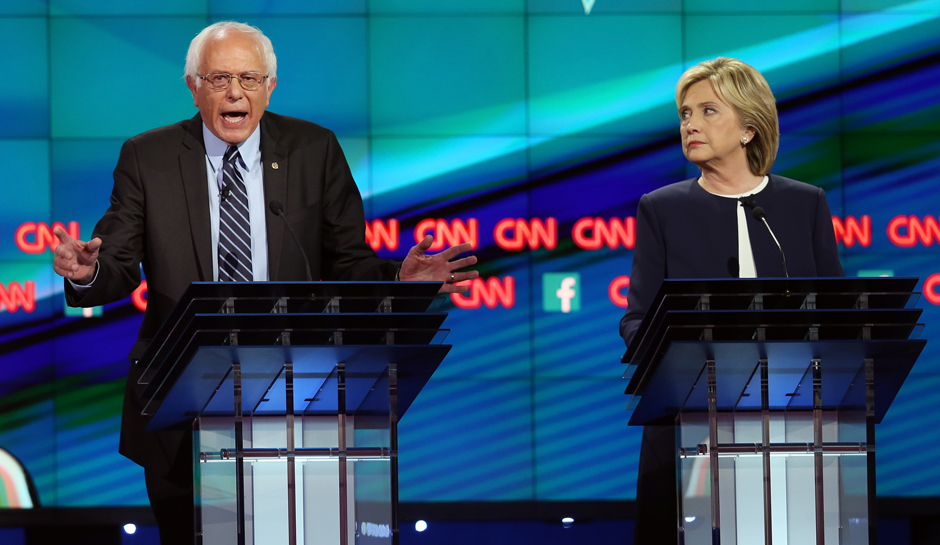 I don't buy the idea that having a really tough campaign all the way through to the end of the primary season is good for a candidate--when the race is over, the candidate needs to pivot to the general election early in order to establish a winning narrative. The Bernie Sanders campaign can't win the nomination and it can't stop raising money, so it has to take nasty, damaging shots at Hillary Clinton in order to stay in the daily news cycle.

There was something surreal about knowing that doomed campaigns of fellow Democrats were aggressively peddling opposition research, and that candidates whose fates had been sealed were still publicly labeling their party’s soon-to-be nominee as “the handmaiden of special interests.” We were forced to respond. We were forced to spend limited money on the airwaves, buying time to run ads that would be long forgotten by November—all while an incumbent Republican president stockpiled resources. We were less than four years removed from watching Ralph Nader and disaffected liberals throw an election to Bush, yet these flailing campaigns seemed incapable of resisting the danger of repeating that mistake by damaging their own standard-bearer. Political campaigns can do many things, but they cannot recover lost time. The friendly-fire attacks compounded the difficulty of responding effectively to the parallel attacks made by Republicans. It postponed the work of unifying the Democratic Party and absorbing our rivals’ best operatives into our apparatus. It wasted campaign funds that could’ve been put to better use in the general election. And it stalled our ability to shift the campaign’s schedule and resources into an effort that could win the presidency, instead of one that would merely follow a nominating calendar.

John Edwards ran as a populist and did well enough to earn a spot on the ticket. He used a different kind of populism--the economic kind--and it didn't work. Thank God the Democratic Party rejected him early on in 2008 or we would have had the mother of all sex scandals instead of President Obama. Donald Trump's version of populism--white nationalism--has worked wonders for getting the Republican Party to surrender. They're already turning on Hillary.This is where the fight is--against Trump being able to define her early in the summer months.

There is plenty of evidence that the Swift Boating of Hillary Clinton will come from the left rather than the right, and it will be done to advance the limited interests of Bernie Sanders. He has to keep the money flowing and he has to hold on to the misguided rage of his supporters. To them, destroying Hillary is far more important than stopping Donald Trump. Right now is when we need to be defining Trump as anti-American and unacceptable to the American people. Instead, we're left to fend of shenanigans and bullshit character attacks.