The American Workplace, Circa 2016 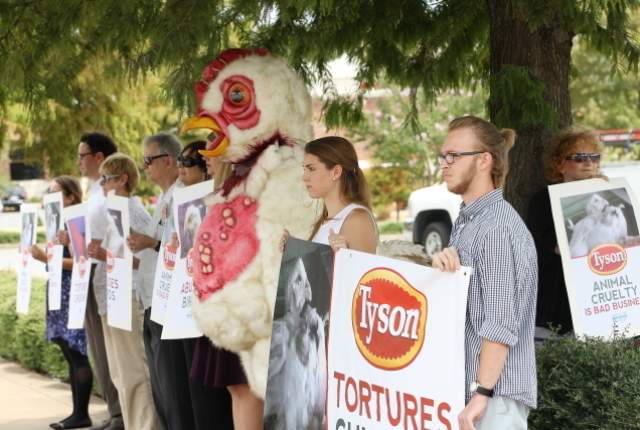 You can read all about the cruel and inhumane treatment of workers without having to even try anymore:

Poultry workers are routinely denied basic needs such as bathroom breaks to the point of being forced to wear diapers while on the line, a new report claims.

The processing plant workers are mocked or ignored by supervisors when they ask to go to the bathroom, says Oxfam America, the U.S. arm of the global organization dedicated to solving poverty and social injustice.

As a result, employees "restrict intake of liquids and fluids to dangerous degrees; they endure pain and discomfort while they worry about their health and job security," the report said. The conditions are particularly trying for women who are menstruating or pregnant, the report added, citing unnamed workers who it interviewed over a period of three years.

The scathing report, released Wednesday, also alleges that employees wait for an hour or more in long lines to use the bathroom and risk getting punished or fired if they don't accomplish their work within a certain time frame.

Some have "made the uncomfortable decision to wear adult diapers to work" to avoid having to ask to leave the line and risk being punished, it continued.

There used to be a thing called pride in this country. If an organization like Oxfam is able to easily find so many unseemly labor practices, it should cause people to lose their jobs as the managers and leaders of the companies embarrassed in this report. I seem to recall the argument against unions going something like this: all of those draconian labor practices happened in the 19th Century; American employers know they have to treat their workers well or they won't have anybody to do the work.

Anyone who points out what happens in a poultry plant in America should be able to use their God-given name without fear of reprisal and should be able to use a whistleblower law to prevent from being fired. And the government should have already had inspectors in those workplaces to ensure that these practices were not happening.

I suspect that if we were to fully staff the Department of Labor and allow every single processing plant in America to stand up a union to protect the rights of workers, someone would figure out how to shut those plants down and move them to Mexico. And so it continues...