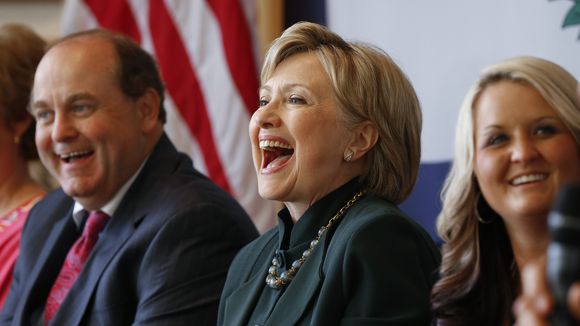 West Virginia went the way everyone thought it would, but with a surprise:

Bernie Sanders won the state's primary over Hillary Clinton, and while the delegates he collects will do nothing to knock the front-runner off her glide path to the Democratic nomination, it will give the insurgent candidate a much-needed shot of adrenaline during what could be a good month for him.

That part was expected. The rest was not.

West Virginia, like other Southern and Appalachian states, is at the tail end of a long transition away from Democratic Party, which once ruled the South, to the GOP, the natural ideological home of its conservative voters.

Democratic voters still technically outnumber Republicans nearly two-to-one in the Mountain State, even though it hasn't voted for a Democratic presidential candidate in 20 years, and isn't likely to again for the foreseeable future.

Just over half — 51 percent — of West Virginia voters are registered Democrats, while just 29 percent are registered Republicans, according to data released by the secretary of state's office. Another 17.6 percent of voters are independents.

Let them vote for Bernie and then go vote for Trump. Anyone who spends a nickel trying to win West Virginia at this point is throwing good money after bad. I realize that we should go back to the 50 state strategy, but maybe we should amend that to a 46 state strategy and quietly write off West Virginia, Utah, Mississippi, and Kansas. Damn.

There is going to be a lingering protest vote against Hillary Clinton in the remaining primaries and that's to be expected--Sanders has motivated his followers to do as much damage to Clinton as possible so that they can extend the race. Forget about how Sanders has been mathematically eliminated from getting enough delegates--that has never mattered to an organization that is going to create for itself a permanent place on the left where fundraising activities can continue in perpetuity.

Clinton needs to continue running a national campaign against Donald Trump. She should ignore Sanders and move forward, explaining to people how she's going to govern this country and protect everyone's basic civil rights. That contrast between her and Trump is what needs to be established as the narrative of this race.

If the Sanders people weren't so toxic, they would understand why this needs to happen. It takes months to establish a candidate's brand. Trump has established himself through decades of branding and he has drawn a lot of attention by exploiting the yahoo vote, but now it's time to show the American people how crazy it would be if he were to actually get elected. They have to see the difference between Hillary and Trump and that's the message that needs to get out there. West Virginia's yahoo vote went the way it did because some people can't handle the idea of competent governance and dignity in the White House.

If Sanders continues to tear her down, he will be seen as helping Trump. Why that isn't more fully reported is beyond comprehension. If you really care about this country, the last thing you would want to do is to help Donald Trump win the presidency.