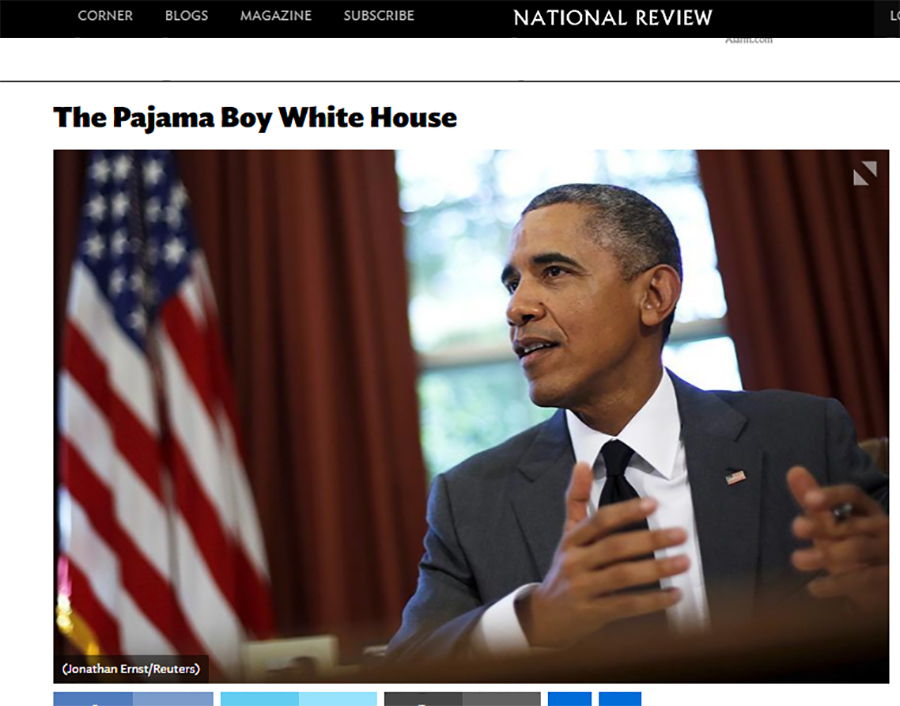 National Review is still a piece of racist trash, and Victor Davis Hanson has a perpetually confused look of "what happened to the country I never lived in" look on his face. Never mind the actual contradiction here. When you criticize the foreign policy of a President who hasn't lied us into any major, costly wars and has, in fact, made the world safer by killing terrorists and not treating our allies like doormats, you had better not have your own history of praising the worst president in American history.

When this is all over, and George Bush is reelected -- Republicans then controlling all branches of federal government, and most of the state legislatures and governorships -- then, and only then, will Democrats grasp the march of folly in 2004, and either return to their roots or perish from increasing irrelevance. Meanwhile, George Bush, oblivious to the hysteria, will finish and win this war. [the Iraq War]

The whole thing, I can't even. When Hanson rages at the "pajama boys" and censors his own curse words, you know he's lost the plot.

This was, and probably is, the actual "title" of the post, by the way:

Note that the headline, using the word "boy" over a photo of the President of the United States, was originally going to be called "pajama boy menagerie" when it was created. Nothing racist or homophobic or insulting about that, huh?

Yeah, so, in National Review speak, the White House is now where pajama boys live like exotic or weird animals because we have a weak and feckless President. Got it.