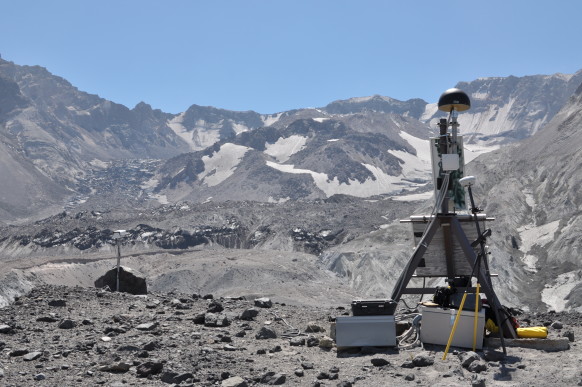 We are entering an age of increases seismic activity in the Pacific Northwest, and don't look now, but Mount Saint Helens is starting to expand and wake up:

One such story of a volcano recharging is being written right now at Mount St. Helens in Washington. Since the start of 2016 (see below), an earthquake swarm has been detected underneath the currently-quiet Washington volcano. These earthquakes have been occurring from depths of ~2 to over 7 kilometers beneath the volcano. USGS volcanologists and seismologists are interpreting this swarm as a response to the slow “recharging” for the volcano, where new magma is rising up underneath St. Helens as it slumbers. As the magma intrudes, it imparts pressure on the rock around it and it heats up water/releases gases that can add to that pressure. This generates small earthquakes as the rocks shift in response to that stress.

Yeah, don't run away just yet:

As the USGS report on the earthquake swarm mentions, there are no other signs of potential eruption right now: no changes in gas emissions, no deformation, and no shallow seismicity (<2 kilometers) that are generally associated with an impeding eruption. However, it does mean that even as St. Helens sleeps, the magma that will likely take part in the next eruption is working its way up towards the surface, likely stopping along the way to crystallize and interact with the residue of previous eruptions.

I remember the ash cloud and the overall panic caused when the mountain blew up in May of 1980. Here's to hoping we have a plan in place and a way to deal with what might happen if we see another massive eruption.