Jerry Brown Cuts Bernie Sanders Off at the Knees 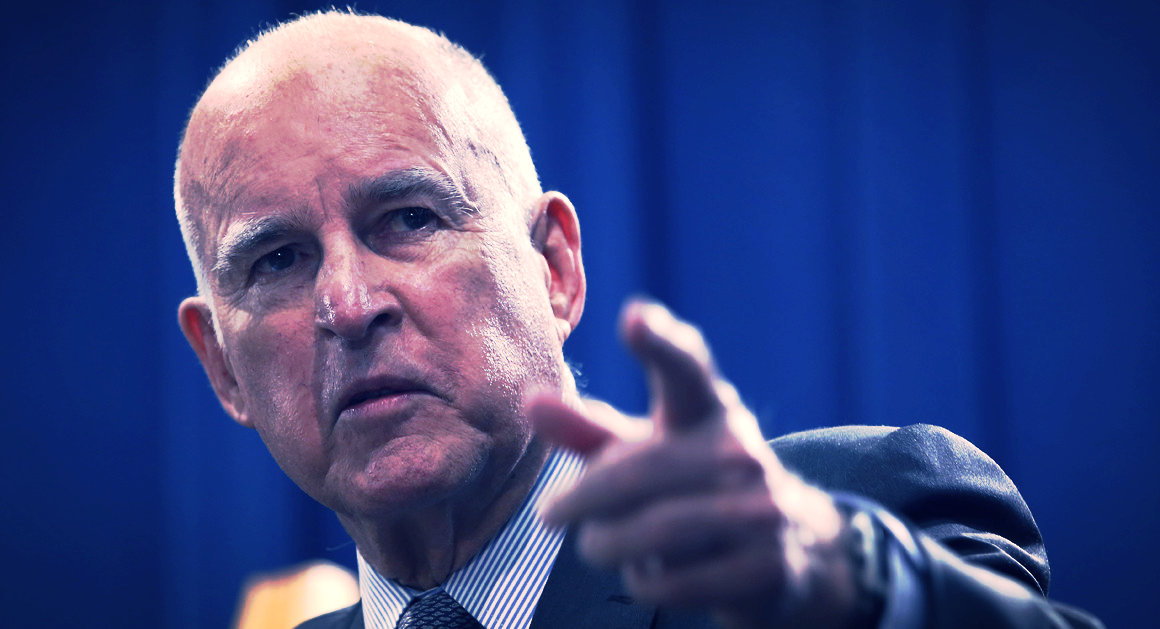 This was an unexpected boost for Hillary Clinton's primary campaign in California:

California Gov. Jerry Brown is “deeply impressed” with Bernie Sanders’ campaign, but next week he will cast his vote in the state’s Democratic primary for Hillary Clinton, praising the former secretary of state as the best candidate to prevent a Donald Trump victory in November.

“I have closely watched the primaries and am deeply impressed with how well Bernie Sanders has done,” Brown wrote in an open letter to California Democrats and independents published Tuesday. “He has driven home the message that the top one percent has unfairly captured way too much of America’s wealth, leaving the majority of people far behind. In 1992, I attempted a similar campaign.”

Clinton, however, “has convincingly made the case that she knows how to get things done and has the tenacity and skill to advance the Democratic agenda,” he continued, noting that she has gotten nearly 3 million more votes than Sanders and leads by hundreds of delegates.

“In other words, Clinton’s lead is insurmountable and Democrats have shown — by millions of votes — that they want her as their nominee,” Brown said. “But there is more at stake than mere numbers.”

"Deeply impressed" means, "you should have conceded a month ago" and "insurmountable" means that Sanders can still win as long as people don't try to do "math." I think that's what it means, but my translation of weasel speak is probably a little off. I don't know how you get any farther to the left than Jerry Brown and I don't know what else provides more legitimacy than the endorsement of one of the few remaining progressive left governors in this country (Mark Dayton of Minnesota being the only other one that is presiding over a rebounding state economy right now).

Anyway, for Jerry Brown to endorse Hillary is a bit of shock--I never would have guessed that he had it in him. Brown has a long history of hating Bill Clinton, going all the way back to the early 1990s when Brown was dumped by the side of the road. I really didn't see any softening of this until very recently when Bill went to California last week to meet with Brown. I mean, Bill was endorsing Gavin Newsom not that long ago.

California needs help from the Federal government, and Brown knows that he can get that help from a Clinton administration. This is the smart play, and it has to be galling to see Brown wrap his arms around people who gave him short shrift a long time ago. This also signifies that the only person who doesn't know that it's over for Bernie Sanders is Sanders himself.

If you can't get Jerry to support you, then what's the point? Or is he another corporate sellout and a whore to boot? I'd really like to see the logic of saying that having Jerry Brown stick the knife into the Sanders campaign means nothing because it does. It does matter when the governor of California basically takes a dump on your movement just days away from the primary.

If you're a Sanders supporter, this has to sting a little bit.