Hillary Gets the Best Fan Fiction 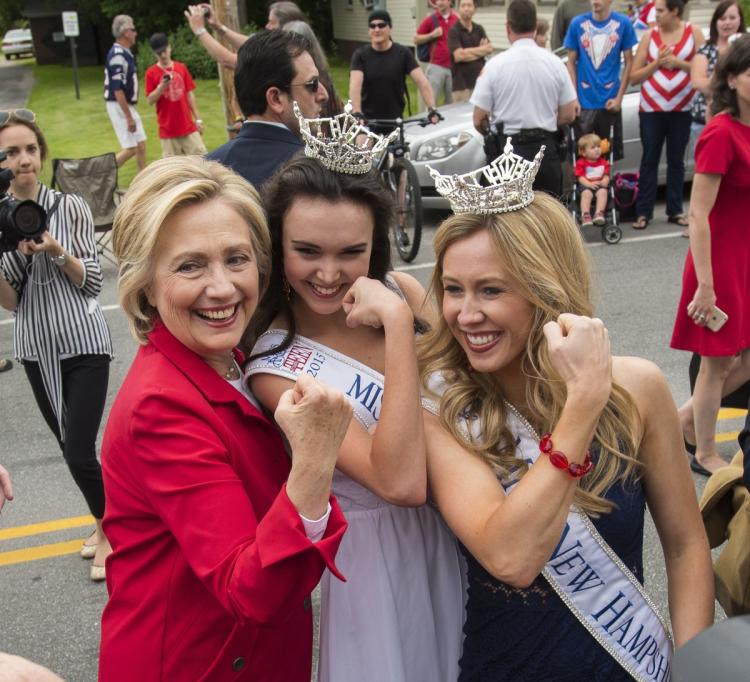 Unhinged loonybin escapee Kurt Schlicter (he tunneled out with a knife in his teeth and a song in his heart) writes some of the best Hillary fan fiction you're ever going to read. In order to believe any of this piece, you're required to accept that a Townhall op-ed writer has access to the inner workings of the Federal Bureau of Investigation.

Now, maybe Kurt has fantastic sources. Maybe he has someone on the inside who feeds him this stuff in a manila envelope that has heavy tape around the edges because it's important, man. Maybe he knows a guy who can play him some tapes of Michelle Obama calling everyone whitey. Maybe he gets a weekly roundup from Ron Paul about how the economy is going to collapse because someone's Dutch uncle sold all their Krugerands. Maybe he can see through walls and hear the echoes of history and use magic words to conjure up the truth for the people.

I suspect he masturbated like a furious weasel through most of this, however:

FBI Director James Comey knew he had to make a decision that would change his life, and maybe the history of his country, as he surveyed the piles of papers spread out in his office. The Deputy Director in charge of the investigation of Hillary Clinton – a criminal investigation, not some benign “security review” as the Clintonistas had tried to spin it – sat quietly, letting his boss think. The evidence was overwhelming. Hillary Clinton was clearly guilty of multiple felonies, and the Obama Department of Justice was not going to prosecute her. Now, it fell to Director Comey to decide what he would do about it.

James Comey was a veteran prosecutor and former Deputy Attorney General who convicted hundreds of criminals during his career before coming to direct the troubled Federal Bureau of Investigations. Until now, his integrity always came first, and he served faithfully regardless of the party in power, always careful to put aside any personal political agenda, though he'd seen more than enough people who didn't.

“There's no question, sir. None at all. She’s guilty.” said the Deputy Director, telling Comey nothing he did not know. He had sat in the secure classified information facility deep in the bowels of the Department of Justice when his agents had made their two-hour presentation to the stone-faced prosecutors. Clinton had grossly mishandled classified documents in violation of 18 United States Code Sections 793 and 1924. Some of the information Clinton had on the bathroom server was so sensitive that his agents needed upgraded clearances to see it, and it could only be discussed behind reinforced concrete walls in a room scanned twice a day for bugs. Clinton, because she did not want the accountability that came with using official email, had given industrious hackers and foreign governments carte blanche to pillage through some of America's most sensitive secrets. Though her loyal acolytes tried to spin it as innocuous, anyone who ever held a security clearance would go pale upon hearing what she had done.

Except for the fact that Hillary's so-called E-mail scandal is a nothingburger served with an open face (a smiley face written in ketchup!), this all reads like Kurt was there, in the flesh, and got to see something no one else has seen. Does the guy have a source for all of this? Of course not.

We're not dealing with facts--we're dealing with the Clintons! It means you can make shit up and have a blast, son.

This is some heady fan fiction. Can't wait to see what he comes up with when he tackles the weighty subject of what Bill and his forty mistresses talk about when they're sitting around in that Turkish bathhouse with Osama and Tim McVeigh.