Demeaning Women is Not Normal Behavior 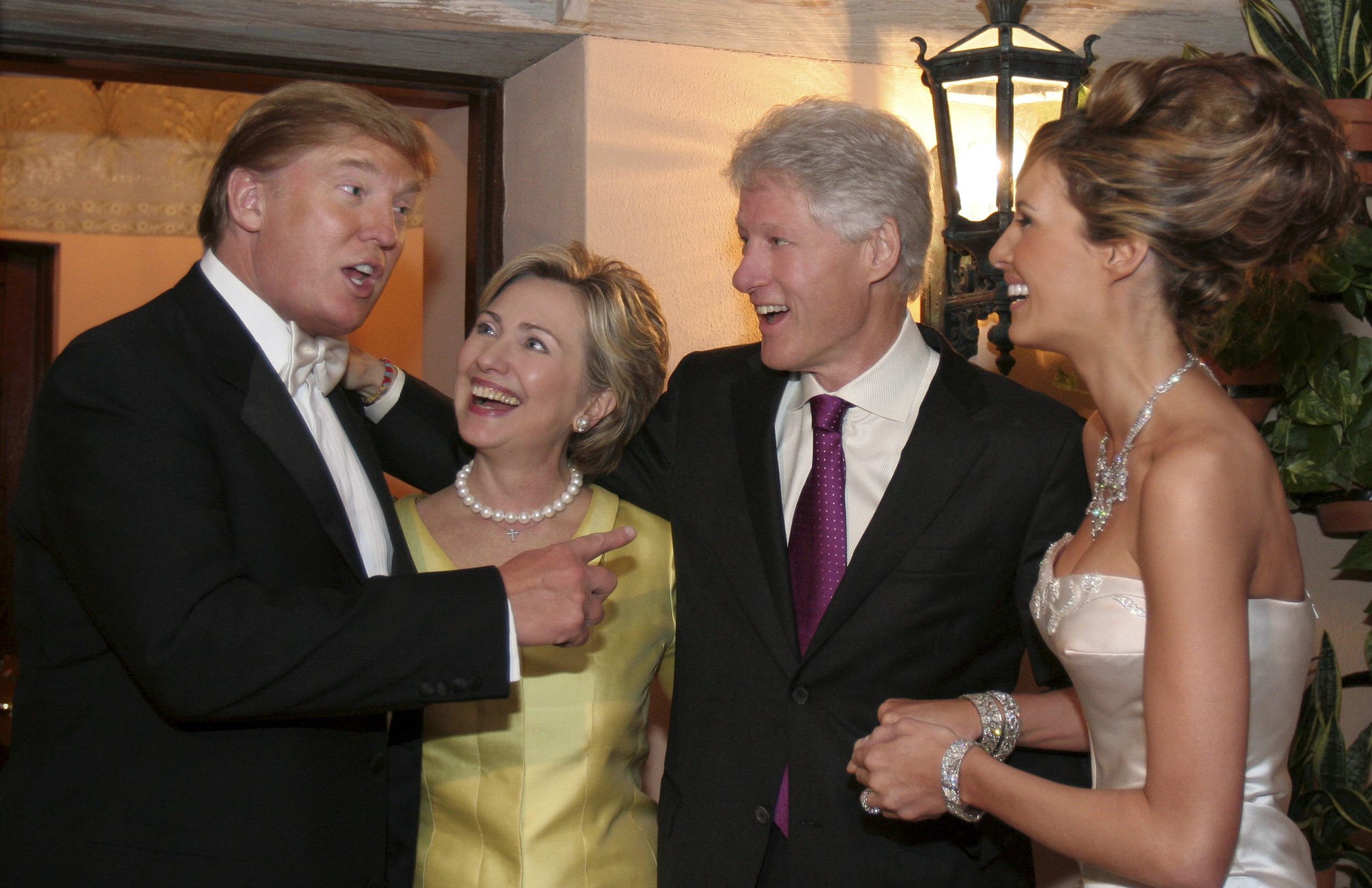 I have no idea where this stuff comes from:

It turns out the only real revelation uncovered is that when it comes to his history with women Donald Trump is a fascinating mix of misogynist and mensch, championing women he respects while demeaning women he doesn’t. In other words The New York Times’ groundbreaking investigation essentially proved one thing: Trump is more like the average man than some of us thought only with more ego and money to say what he actually thinks, and to date who he actually wants to.

If anything the backlash provoked by the piece has actually helped prove just how futile playing the so-called woman card will be against Trump this election cycle.

For starters, as the women defending Trump and denouncing the Times piece prove, there are plenty of women who are not shocked by Trump’s treatment of women because he simply sounds like an amplified version of their occasionally obnoxious father, husband, boss, or brother, whom they’ve learned over the years not to take seriously, to often ignore, and certainly not to see as a legitimate threat. I’m not saying Donald Trump’s not a threat. But I am saying that at this point the media coverage of his many misdeeds is having an impact that may actually help him. He’s done and said so many truly shocking things that the Times story landed with a thud in part because… well at least he didn’t call anyone a rapist or reference his “hand” size.

It would be wrong to assume that the American people accept the objectification of women as normal behavior in a man running for President in the 21st Century. The entertainment community accepts it and has a good laugh at it, but even there, the culture is shifting away from being able to tolerate such behavior. It is ending careers left and right; it is creating a backlash from people who see nothing wrong with punching down at people.

"We" are not accepting Trump's behavior. The majority of Americans holds a negative view of his statements in public. If Trump reminds you of someone in your life who acts like an asshole, the collective response to that is not to say, "oh he's so familiar to me." No, the response to that is, "knock it off, asshole." And if it isn't, it should be, because who has the time or the energy to put up with this bullshit?

The engaged electorate hasn't even woken up yet--that happens in the late summer and early fall when people really start paying attention to politics. It is easy for people who have seen the last six months of political activity to forget that the vast majority of people who will vote in November have not and will not participate in the primaries and are not paying attention to the nonsense that's happening. They are as dimly aware of Trump and his outrageous statements as they are of Kanye's public meltdowns and what's going on in sports.

Hillary Clinton is doing a great job of letting Trump define himself and become another Charlie Sheen character in public. She is using the woman card as a cudgel against him with the people who are going to be motivated to vote in November. This is not a contest to make everyone "like" her or accept her. This is a contest where she has to motivate a high turnout among Democratic Party constituencies and crush him in the Electoral College.

You've got a million yahoos in the south who won't vote for Hillary? Great. We already wrote off those states. We're concentrating resources elsewhere to make sure he can't win Ohio, Pennsylvania and Michigan. The amplified noise of those yahoos doesn't mean anything when the American people start paying attention this fall. It's not a name recognition contest--it's a marathon where every single Electoral College vote has to be weighed and considered by the Democratic Party. All of the nationwide polling right now is meaningless in that context because that's not how we elect a President.

Any woman not shocked by Donald Trump wasn't going to vote for Hillary and isn't a factor in the next election. Hillary is going to win the people who do matter and who do care about the future of this country. The elite media apparatus is desperate for a horse race. In November, it won't exactly look like Reagan's 1984 landslide but it'll be pretty close to that in Hillary's favor.