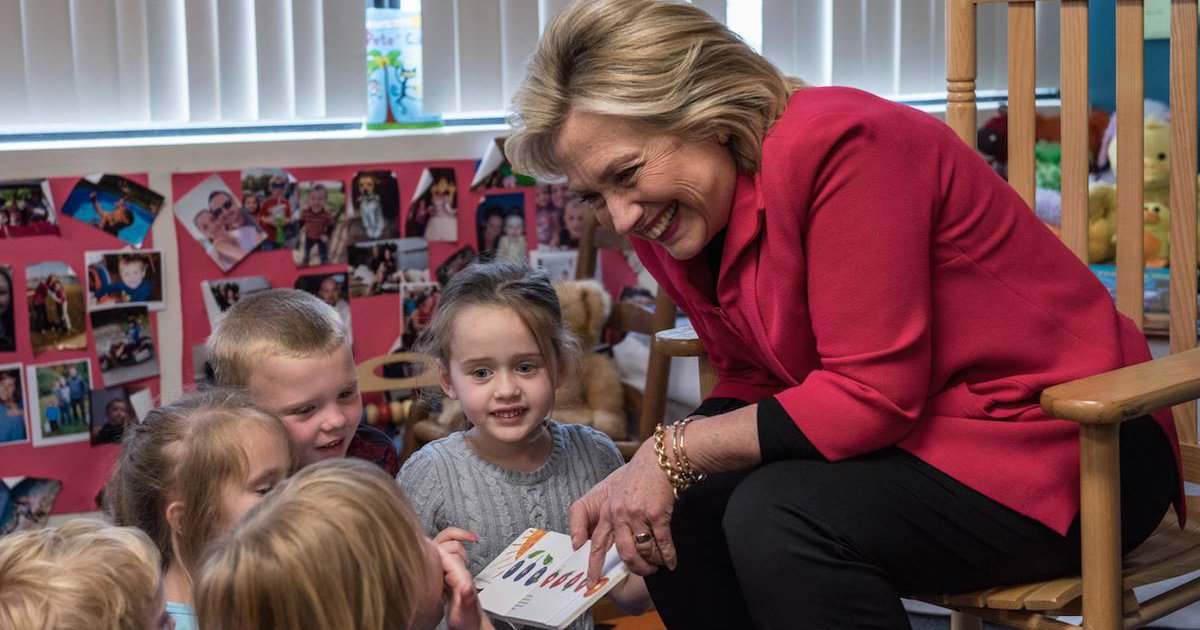 If you want to get angry, just read David Brooks:

Clinton’s career appears, from the outside, to be all consuming. Her husband is her co-politician. Her daughter works at the Clinton Foundation. Her friendships appear to have been formed at networking gatherings reserved for the extremely successful.

People who work closely with her adore her and say she is warm and caring. But it’s hard from the outside to think of any non-career or pre-career aspect to her life. Except for a few grandma references, she presents herself as a résumé and policy brief.

For example, her campaign recently released a biographical video called “Fighter.” It’s filled with charming and quirky old photos of her fighting for various causes. But then when the video cuts to a current interview with Clinton herself, the lighting is perfect, the setting is perfect, her costume is perfect. She looks less like a human being and more like an avatar from some corporate brand.

Clinton’s unpopularity is akin to the unpopularity of a workaholic. Workaholism is a form of emotional self-estrangement. Workaholics are so consumed by their professional activities that their feelings don’t inform their most fundamental decisions. The professional role comes to dominate the personality and encroaches on the normal intimacies of the soul. As Martyn Lloyd-Jones once put it, whole cemeteries could be filled with the sad tombstone: “Born a man, died a doctor.”

At least in her public persona, Clinton gives off an exclusively professional vibe: industrious, calculated, goal-oriented, distrustful. It’s hard from the outside to have a sense of her as a person; she is a role.

Let's get something out of the way--Hillary Clinton is always going to be held to a impossible standard because she's a woman. She cannot raise her voice in anger without being criticized for the tenor and tone of her remarks and not their substance. She cannot be loose and unguarded because every utterance will be pounced on and made viral by a massive hate machine driven by the need to dehumanize her. She cannot simply be a grandmother running for President because we know more about what happened with an obscure stack of billing records from her past than we do about her grandchild, thanks, of course, to media outlets like the New York Times. Other candidates can go through bankruptcy, divorce, extramarital affairs, claims of fraudulent business practices, and a whole host of scandals and not receive a tenth of the scrutiny of Hillary's e-mail server.

This is the tremendous double standard of our modern political age--the Clinton Rules are in full force and they will continue to be for some time. If you judged Hillary the way men are judged, she'd skate to the nomination and win the election outright. Being focused and professional is now a drawback for being President? Are we supposed to crave the aw shucks what-me-worry? attitude of Ronald Reagan? Are we supposed to look for a candidate who clears brush on his "ranch" so we can have a beer with him (when was the last time George W. Bush cleared brush, by the way?) and feel good about ourselves?

I think people have really started to see through this double standard. Who does she work for and why does she work for them? You're telling me that the person who did more to give kids access to health care is a corporate shill? Then why have they spent all that money to demonize her? You can tell a lot about a person by their enemies. Hillary's enemies have never done anything to help the American people to anything other than disaster and ruin. They know that they can drive up her negatives and make people question her agenda.

Sorry, but it didn't work then and it doesn't work now.

David Brooks has to turn in a column, so why not ask questions about Hillary's negatives while pretending to care what the answer might be? He knows the answer. He's part of a media opinion machine that has to generate yet another 800 words that can be thrown on the pile. He is, after all, an astute student of the hate literature surrounding the Clintons and this allows him to bring up all kinds of things and escape accountability because he's "just asking questions."

It's as if he knows nothing of Maureen Dowd, et al.

I don't want anything in a President other than competence. I don't have to like them or relate to them. I want them to know what the hell is going on and do the right thing about it. During the eight years of the Bush Presidency, if you were sleeping easily at night, you were doing it wrong because we went through a period of incompetence that we are still digging ourselves out of. I have slept easily through the entire Obama presidency because, hello, competence? That's the only criteria. I don't care if she's a woman, and neither should you.

She's got competence down to a science. She's got this. That's all you need to know.