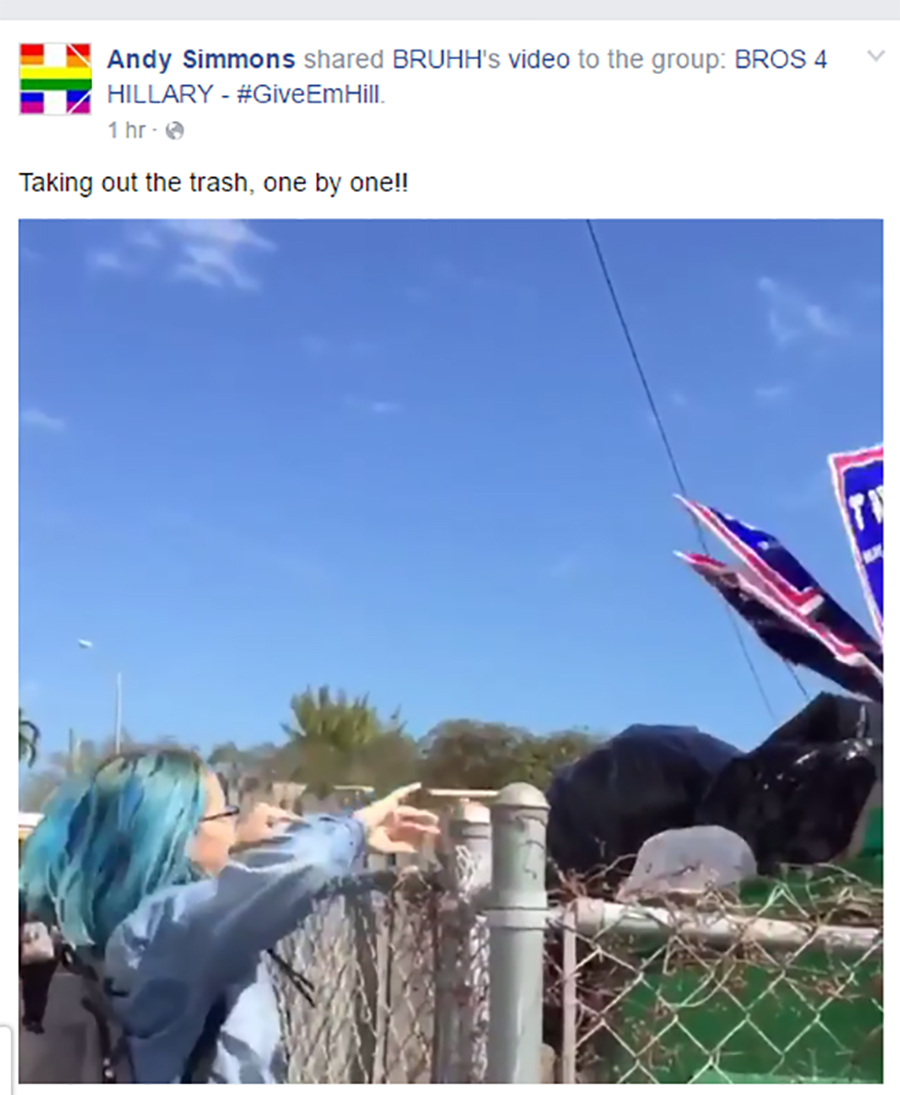 I get that there's a visceral hatred of Donald Trump out there. But stealing campaign signs is wrong and local cops are tired of dealing with this issue. They have better things to do. If you see some Trump signs springing up around you, be thankful that assholes are polite enough to tell you who they are and where they live.

In the post, which has now disappeared, a young person runs around and takes some Donald Trump signs and then she throws them in the dumpster. No big deal--Hillary is going to have things done to her signs and her image many, many times worse than this in the months ahead.

I think I write a post about this every election year--campaign signs do not matter. They're a nice handout from a campaign for people who want to contribute but, really, they don't sway voters. They don't change anyone's ideas about the campaign. They're irrelevant. You don't have to steal them or kick them down. IGNORE THEM. They don't matter. If you get caught stealing one, a local cop has to get involved and the person from whom you have stolen the sign gets to have their moment of outrage and indignation. Don't give it to them.